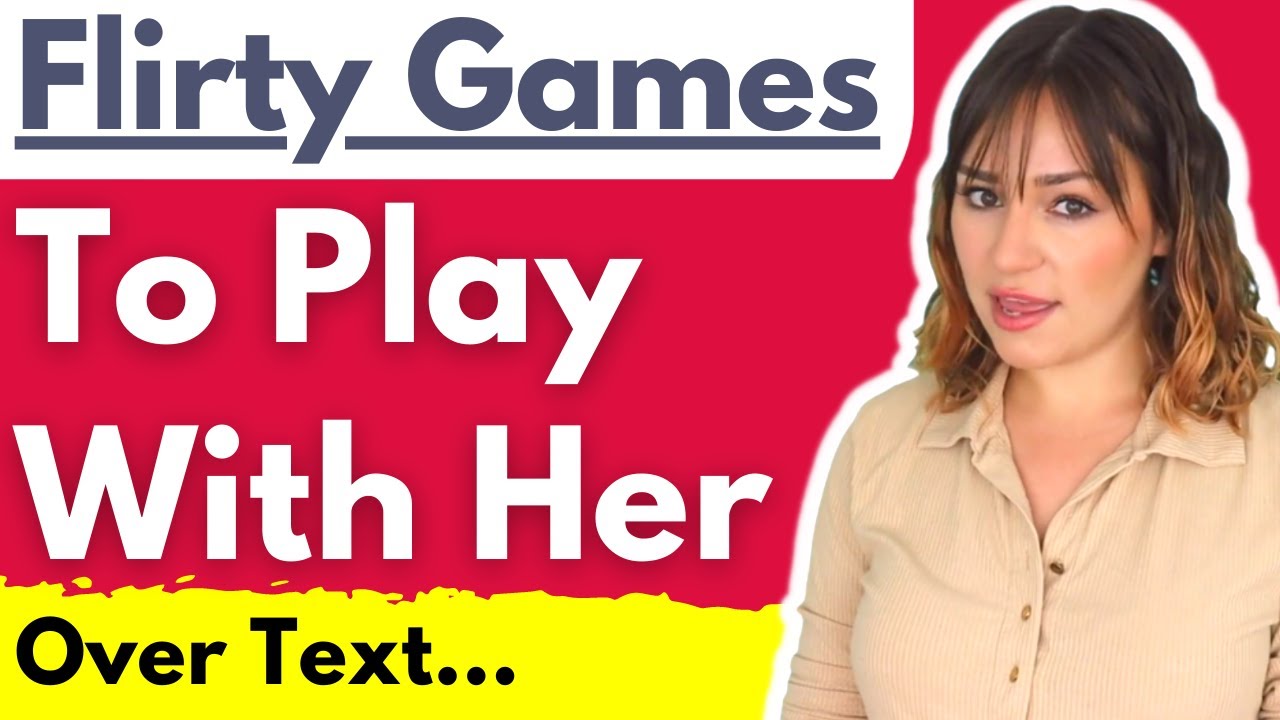 Unless you are living under a rock, by now you should know it has become as common to meet someone at a grocery store as it is to meet someone on social media from across the world.

You can instantly message someone who lives on the other side of the world to you and receive a reply within five seconds. All thanks to technology and this continues to develop every day.

Since it was first introduced, technology has come on leaps and bounds. From when the World Wide Web was first launched to now being able to have more than one aspect of technology installed on your phone.

For those of you who may not know how to communicate effectively over text message, or get to know someone that you are interested in, we have devised a plan to play a few games that will be entertaining, educational, and fun all around.

So get your phone fully charged and take a note of these flirty games you can play over text message with your love interest.

Use flirty games to connect with women

20 questions is a basic game that you can play with anyone and everyone. It is what it says on the tin, twenty questions. You ask a question, and they have to answer it and then you also answer it. Once you finish with that question it’s their turn to ask you, but you have to answer and vice versa.

To make this a flirty game, start with basic questions like “how many dogs have you have had throughout your life?” and once you are comfortable with the game you can move on to questions like “how many people have you kissed?” It’s basic and very simple, but it is also very effective. You can get some juicy gossip but remember, they will also ask you questions you might not want to answer, so be careful what you wish for.

Some examples of questions that you can ask are as follows:

Never have I ever

Never have I ever was originally a drinking game in which you take a sip of your drink if you have done what has been stated. For example, if someone were to say, “never have I ever drunkenly fallen over and woken up with a bruise,” if this is something that you have done then you will take a sip of your drink. The idea of the game is to increase your drunk levels in a short period, and also help you get to know all those around you.

You can play this game over text message with the same concept, and it is a fun way to find out some little secrets about your crush. This game is not made to embarrass people but to make them feel comfortable enough to open up to you and share some funny stories about their past.

An example of some of these cheeky phrases would be:

A lot of games are named after the rules of the game, just like guess the song. The idea of this game is to give the person clues about the title of this song for them to guess what it is called and who it was sung by.

This can be done in different ways depending on how creative you want to be.

Playing this game using emojis is a new but more creative way to play as emojis are fairly new to the texting world. Emojis range from cute smiley faces to emoticons of fruit, animals and symbols.

The easiest way to play this game is to take the title of a song and break it down; finding exact emojis for the words or, if you can’t do it like that, emojis that resemble what you’re trying to say. For example; using these emojis 🧊🧊👶 gives you the title of a very popular song. Can you guess what it is? That’s right! Ice Ice Baby!

This is a very fun icebreaker (sorry for the pun) game to play with your crush because it lets your nerves melt away and also, lets you see what genre of music they listen to!

At the bottom of your keyboard, you’ll see a little microphone that allows you to dictate text from your voice rather than typing it out. Some communication platforms like WhatsApp and iMessage also have a button that allows you to record your voice and send it instead of a text message. This is a fun way to play this game. You just simply hum a certain part of a song, and the other person has to guess what it is.

Be careful though, this game is known to get competitive as the points start piling up!

This game is best played using celebrities – don’t use people that you both know; it’s known to get feelings hurt and that’s not the path we want to go down. You simply pick three random celebrities for the other people to categorize them into who they would kiss, who they would marry, and who they would avoid. The rules are; you have to have one celebrity per category.

Now the fun part is you can choose a celebrity you know your crush doesn’t like or three that you know they love and watch them squirm trying to choose what category to put them in.

It’s a very light-hearted but fun game to play. Try it out!

Would you rather? is a game that is more of a flirty game that was created to find out someone’s sexual preferences, interests, and fantasies, and what they would like from you should your relationship develop? Some people can play this game wrong, and it can be a big turn-off for girls. But if you play it safe at the start and try to gauge the boundaries as you go then you should be okay.

So, how do you play would you rather? You simply give the person you’re talking to an ultimatum, and they have to choose one or the other, they can’t refuse. If you’re playing this game with alcohol there would be a third option which would be to drink – this is to speed up the amount of drink you ingest so that you get a lot drunker faster. However, as this is a texting game, they would have to give you an answer out of the two – you could suggest that instead of answering they have to divulge a secret. This is a win-win because then you get to know your crush a lot more in a fun way.

This game can go wrong very fast if you overstep boundaries with a girl. Even though you might want to know what her deep dark fantasies are, give her time to get to know you and feel comfortable around you before poking and prodding at that subject.

The idea of this game is to be playful and cheeky, you are open to flirting and will be able to make her laugh throughout, which in turn, will make her like you more. All girls love a man who can make them laugh!

Some examples of this are:

The idea of playing games over text message is not to be stressed out whilst playing, they are very light-hearted games that can help you interact with your crush without the pressure of what you should say and how you should act.

Games are created to help you create a bond with people, so use this idea when you are playing games. No answer is the correct answer, it’s the participation that counts.

Now that we’ve given you some ideas of what games you can play, think of what you would like to know about your crush and see if there’s a game that you can come up with that will get you those answers in a fun and cheeky way.

Make sure that you are having fun and you don’t take it too seriously. No one likes a sore loser – even though they shouldn’t be a loser in these games.

So, I hope your phone is fully charged, and you’ve stretched your thumbs out so they are prepared to tap away for as long as you need them to so you can play some flirty games over text with your crush. Take a deep breath, and let the games begin.

Maybe she has some fun games that you can play too! Happy texting, happy gaming, and let’s hope that these games get you the answers that you would like-and maybe even secure you a date with your crush. Fingers crossed!