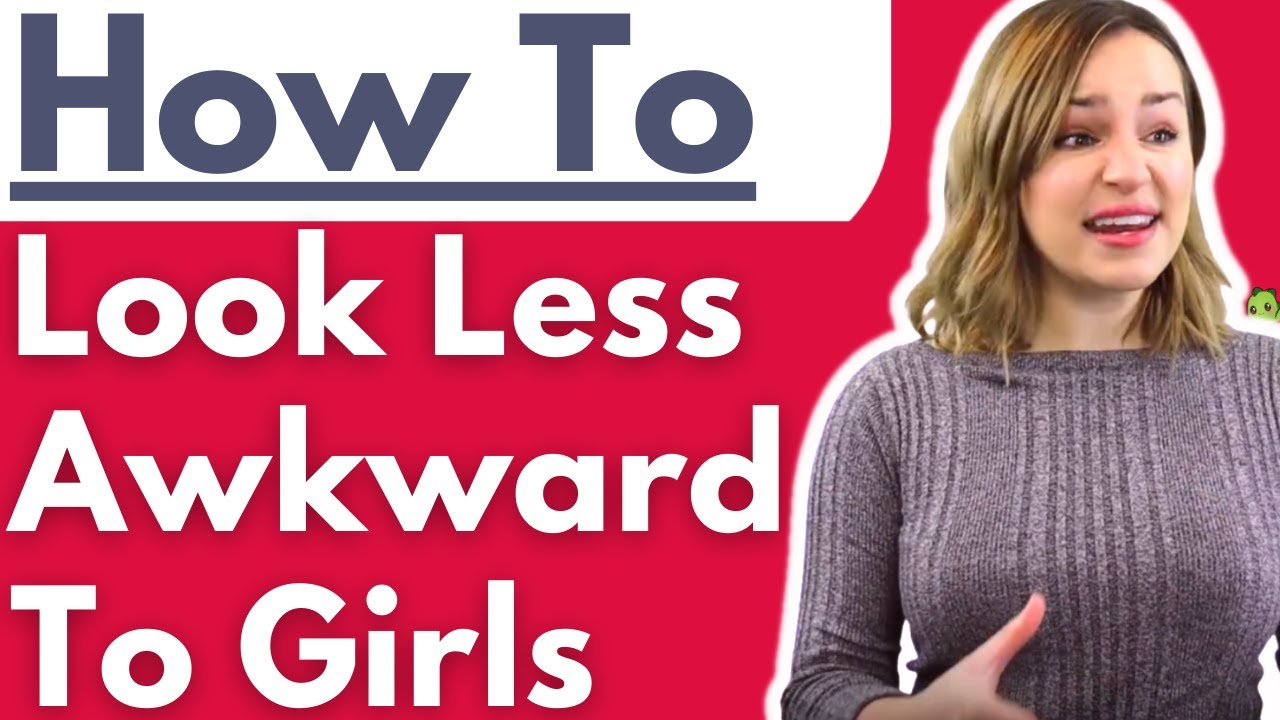 It can be really difficult to figure out if a girl likes you or not.

Sometimes you might think you are in with a chance even though a girl is not interested at all.

A girl would normally not be interested in a guy if he’s acting a little bit awkward. She might take this as he’s not interested or confident.

Understanding the mannerisms that girls say makes a guy look awkward is important.

I’m going to reveal these mannerisms to you. And once you fully understand them you will know what to stop doing on dates so that you can have more luck with the ladies.

Mannerisms that make you look awkward

This is a sign of nervousness, which can come across as awkwardness.

Tapping your foot can be quite annoying for the other person. Some people might even interpret it as you being bored.

Unless you are tapping to the beat of some music, I would suggest cutting it out and not doing it on a date.

This action can also come across as nervousness, boredom, or awkwardness. When someone is talking to you or waiting for you to talk, they want you to also be looking at them.

If your eyes are darting around the room, they will become distracted themselves. They might wonder why you are not just looking straight at them.

Try to focus on looking at the person in their eyes.

Your date will struggle to understand you if you are talking too quickly.

It makes the whole date seem quite rushed. It is a major sign of awkwardness.

If you catch yourself doing it, take a breath and talk a little slower.

When your feet are pointed away

If you are around somebody that you like, your feet will normally point in their direction. If your feet are pointed away from a girl and she notices it, then she might assume that you are not interested in her.

This one might be hard to remember when you are on a date but just remember that one of the first things people look at is feet!

Eye contact is probably the most important part of body language.

If you are avoiding making eye contact with a girl, she will assume that you are awkward or not interested in her.

This is likely to turn her off because she wants a guy who will stare deeply into her eyes, not someone who cannot even look at her.

You make them repeat themselves

If you ask a girl to repeat herself once, she does not think anything of it. When you have to ask her the fifth time though, she will probably assume that you are not listening to her.

When you ask friends to join you both

Your friends might make you feel more confident, but this move makes you look awkward in a girl’s eyes.

When you avoid talking about yourself

This might make you initially appear mysterious, but after a few dates, she might start to think you are just plain awkward.

When you keep playing with things on the table

When a guy starts playing with everything from his beer to the salt and pepper shakers on the table, it can be quite distracting.

Girls would rather you didn’t do this and instead focus on speaking to her.

When you don’t try to make conversation

You let her start up the conversation and you occasionally ask her questions.

You do not ask her about yourself or really have anything interesting to say. A girl will consider this awkward behavior, but she might also believe that you simply don’t care.

When you don’t sit still

You are constantly moving around. Standing up and sitting down, moving around the seat, and fiddling with things around you. This is a sign of a guy who might be awkward in a girl’s mind.

When you speak quietly

Girls don’t mind it when guys are softly spoken in fact, they find it to be quite sexy.

If a man speaks quietly though it can come across as awkward. The girl might have to ask him what he is saying a lot and after a while she will grow tired of it.

Try to speak so that she can hear you.

When you do not touch her

If you have both been on quite a few dates with each other and the conversation is heating up. If you don’t make a move to touch her there will be an awkwardness that just hangs in the air.

By phone you might be confident and really chatty. Lots of people are like this over the phone because they don’t have the pressure of having to talk to someone face to face.

When you meet a girl in person though, you are awkward and do not talk as much.

She will think that you are a completely different person to who you were on the phone, and she might even think that she has been catfished.

To avoid this situation, you could tell her over the phone that you get nervous meeting someone face to face.

When your laugh seems forced

If a girl believes that you are fake laughing, she might actually be quite offended. You might just be filling in a silence because you are feeling awkward.

She might not see this though and think that you are not enjoying her company.

Some people naturally stammer, and others do it when they are feeling awkward. When a guy stutters in front of a girl, she will view him as awkward. The good news is that some girls like this type of guy!

When you leave a room

Have you ever walked into a room and then after seeing someone, panicked, and walked out? If that someone is a girl that you might have been on a date with once, it makes you look awkward.

She will probably assume that you are avoiding her, and she might even think it is because you do not like her. If you find yourself doing this, it is time to work on your confidence.

When you only talk after a drink

Lots of men who are either shy or introverted find it hard to talk because they are so nervous.

To help them gain some courage they often reach for a drink. This helps boost their confidence and within a few minutes, they are able to talk freely.

Girls see right through this and will view the man as someone who is awkward.

When you have your arms folded

It’s important that you know what the girl is like and then change your body language accordingly.

When you seem nervous

Often when you are nervous, you will come across as awkward. The two cross over quite a bit which you might have guessed already!

It’s hard to stop being nervous but if you work on your confidence, you can overcome it.

When you are sweating

This happens more to guys than girls.

When guys get nervous, they have more of a tendency to sweat excessively.

Your date might be able to see your sweat through the outfit you are wearing on your date, and this comes across as not only awkward but unhygienic.

When you repeat yourself

Your date might notice you re-telling the same story, or you might repeat the same word a few times. This can come across as awkward behavior and should be avoided.

When you go to speak, try to put your nerves aside to avoid this.