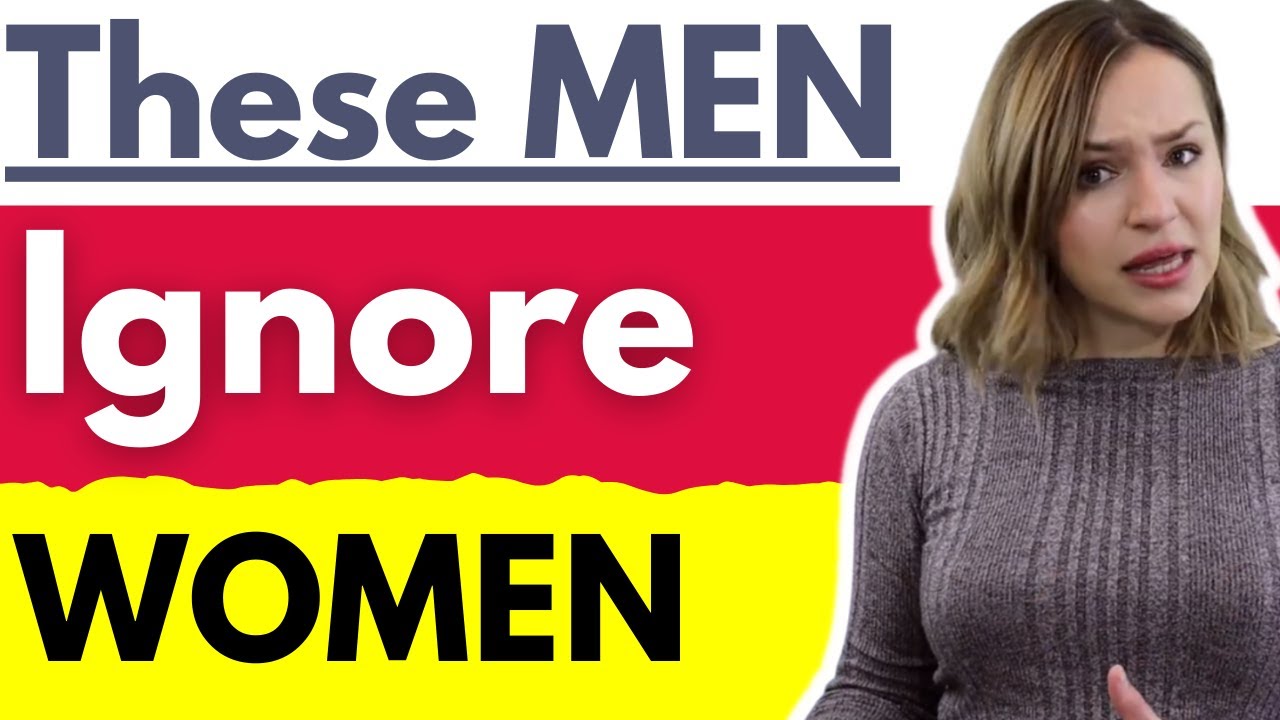 High value men are the golden standard in a woman’s mind.

Now I know what you might be thinking, if these men have women chasing them, why would they ever ignore them? Well, that is a great question and one which I will answer today.

I have put a list together of the top reasons high value men ignore women. The funny thing is, even if they ignore women, it normally only makes a woman want them more, so listen up!

A high value man has a lot of great traits and one of them is loyalty. If he has another woman on the go then he won’t show any interest in other ladies that might be trying to catch his attention.

A high value woman that dates a high value man does not need to worry about him cheating on her because she knows he will always be loyal to her. This can make their relationship a very healthy one.

His feelings have not been reciprocated

If a high value man develops feelings for a woman and she doesn’t feel the same way, this can take him out of the dating game for a while. He will be hurt and instead of diving into another relationship, he will wait until he is over his hurt.

For other ladies that are interested in dating him, this can come across as him being stand-offish, but the truth is he is hurting and needs time to deal with his feelings.

He has a fear of rejection

People assume that high value men are full of confidence, but the truth is they have things that make them self-conscious just like everyone else. High value men still experience a fear of rejection. A high value man may have recently been rejected by a girl that he really liked, this could put him off dating for a while and he might ignore women as a result.

He has a really busy life

High value men have busy lives. It is one of the reasons they are classed as high value. They are busy with friends, family, hobbies, interests, and their careers. These men have a whole host of passions that keep the fire inside of them burning.

A high value man will always prioritize what is important to him. Although he might one day want to find a woman to settle down with, he will put this off until it is the right time. He will choose to ignore the advances of women until he is ready.

High value guys are mostly stand up, good guys. The world is full of different types of people though and not all of them are. Some high value guys simply don’t care about the advances women are making on them. They will completely ignore them and be quite rude about it.

This can taint a woman’s opinion of this type of man. He might date multiple women and pit them against each other, never committing fully to one.

Girls might initially be attracted to this type of guy but once he has this reputation they will stay away.

Most people find love scary. Although they might want to find it and actively look for it, they still find it a little scary. High value men experience this as well.

He might meet a lady that he really likes and believes he could love. If this scares him, he will back right off which makes it look like he is ignoring that woman. Sometimes the woman will realize that this is his issue, and they will be able to speak to him about it.

Other times she might walk away, and he might lose her. He will then feel hurt, and this could be another reason he ignores women.

He is angry or upset

Men have traditionally been taught to ignore their emotions while women are allowed to feel them. High value men are very emotionally intelligent, and they realize that men have feelings as well.

They allow themselves to feel all of their feelings and emotions. If they experience emotions that are making them angry or upset, they will ignore women. They are doing this because they don’t want to burden a woman with their feelings.

He is hiding something

High value men have secrets too. Anything could be going on behind the scenes that is preventing him from getting close to a woman. He might be having issues at work, with his family or friends which are preventing him from being open and honest with a girl.

He might choose to ignore women until he has sorted the issue and can be himself around a lady again. This is a considerate move that high value men will do to protect a lady.

He is playing games

Player, player…yes high value men get a lot of women coming their way which can turn them into players.

They are typically loyal but if they are just dating, they don’t see a problem in dating multiple women.

He might run into a girl he is dating while he is on a date with another girl. In a panic, he will ignore one of them so the other does not catch on, but this normally blows up in his face.

It does not come naturally to a high value man to play games so he should try to avoid them.

He is busy looking after his body

High value guys care about how they look. It is one of the reasons women find them so good looking. He will spend hours looking after their body. They might go to the gym or do a group sport every week.

They will also be careful about what they are putting into their bodies and will ensure their personal hygiene is up to scratch.

This can take up a lot of their time and if they feel as though they cannot commit a good amount of time to a lady then they will ignore them instead of dating them.

High value men put 100% effort into everything they do, that includes dating, so if they feel as though they cannot commit then they won’t bother until they can.

He has a different purpose at that time

High value men are hyper focused. If they have a goal they are working towards, they will focus on that fully. They tend to block out everything else in their lives which is not always a good thing because some of their family or friends might feel ignored.

Achieving their goal and purpose is more important to them than anything else.

He is looking after his mind

Just like high value men understand their emotions, they also understand their minds. They want to take care of themselves which means they will put dating on pause if they think their mental health is not very good.

High value men understand when it is time to take a rest and look after themselves. They will need to put all their energy into feeling better which is a commitment.

He is supporting a friend

Friends are really important to a high value man, they are his support system and community. Like everything in his life, he will put 100% into their friendships and if he needs to support them, he will go out of their way to do that.

This can mean he cannot commit time to other areas of his life and dating women may be something that he drops.

Women might feel offended because he is putting his friends in front of her. The right woman will realize that this is his personality, he is loving and caring, and she will wait until he is ready to take things further with her.

He doesn’t know what he wants yet

Loyalty is one of the key traits of a high value man. Some high value men have more of this trait than others.

High value guys are not desperate, they know that when they are ready, they can find a girl. So, they will wait until the timing is right and then see who appears in his life.