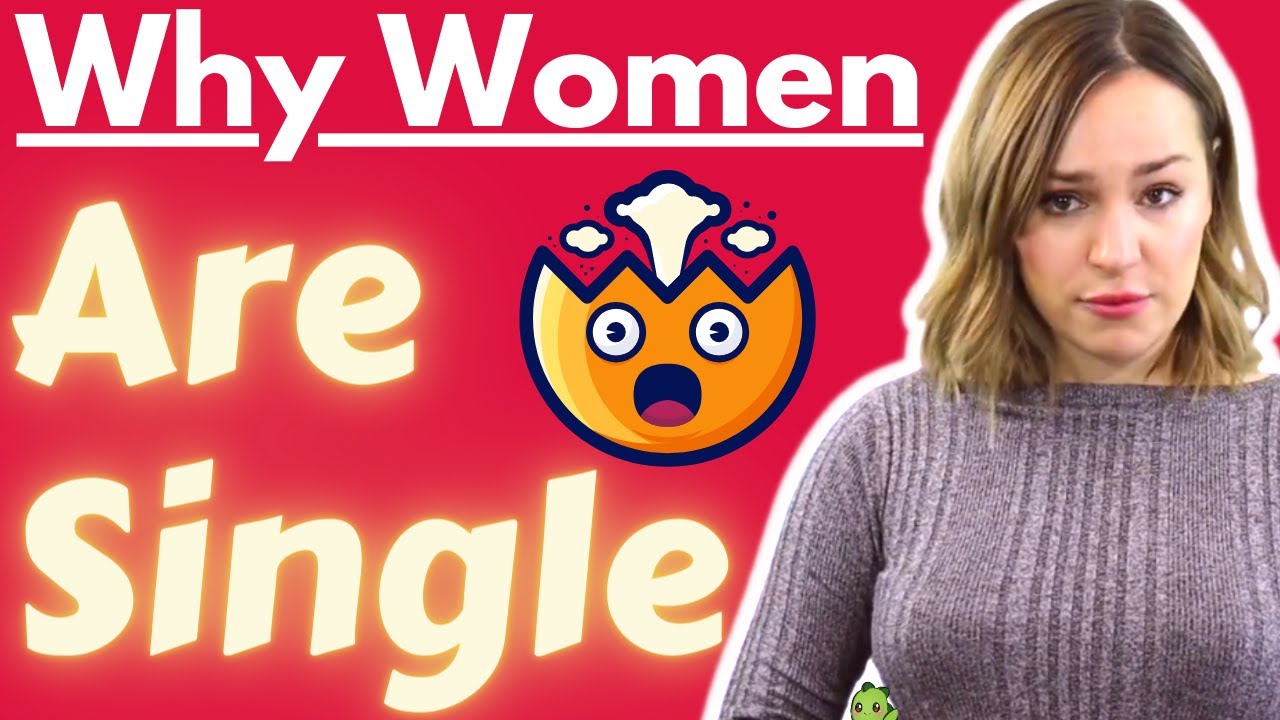 Why are modern women deciding to stay single? It’s not that they’re planning on staying single forever, it’s simply that the modern generation of women have different priorities than women of the past.

Most single women aren’t in that position because they can’t find a partner, it’s that they happen to have other priorities that matter more to them at this moment in time. In today’s video we’re going to be discussing what these priorities are and why single girls are choosing this alternative lifestyle.

You could be doing everything right, tempting women so much that they do start imagining a future with you, but they back away.

Modern women are quite different and there are some reasons as to why they remain single. So, today’s video I’m going to be walking you through some brutally honest reasons why the modern-day lady is still single. This might actually help to open your eyes to why you are not having much luck when it comes to dating and this is a reason why it’s not your fault.

Why modern women are single

They are busy starting their careers

It is becoming increasingly common that modern women are simply too busy to get into a relationship. They date, but when it comes to stepping the relationship up a notch, they pump the breaks.

One of the reasons they are so busy is that they are busy with their careers. They are driven, motivated and want to be successful before they start focusing on someone else.

These women don’t have time to focus on men because they are spending their day’s working late or going away on work trips.

When they are not at work, they are at home focusing on what they can do next to advance their career.

A girl might say to you, “sorry I can’t go on a date tonight, I am busy working late” and you might think, “another excuse.” The truth is though, she probably is working.

Most women who are busy starting their careers do still want a relationship, but they just don’t have time at this stage of their lives.

If you think she is worth it then you can wait until she is ready, but be warned that this could take some time and there are plenty of fish in the sea.

They tend to really value their independence and are worried about entering into a relationship. This is because the relationships they have probably seen are ones like their parents. Where the lady often spends a lot of time looking after the man. Doing the washing, cooking and cleaning. She might have never seen what a modern relationship looks like.

Normally in a modern relationship both men and women do their fair share of work, which means the woman has the freedom to also do other things. Some women are incredibly happy being independent and might take a while to settle down.

Other women value their independence, but are still looking for a partner, they just need a guy to show them the new modern relationship model. This means they can still be independent and in love.

They are getting their degrees

Instead of being in relationships, a lot of girls are getting degrees. Millennial women are more likely to get bachelor’s degrees than any previous generation. They are 6% more likely to complete a degree when compared to a male.

Often these women want to achieve their degrees first, start a career and then find a partner to share it all with.

Although they might be happily single now, in the future they will be looking for someone to start a life with.

Once they are settled into a good career, they will also be better girlfriends as they will have more time to spend with their partner.

Most girls would rather date a guy who has a successful career and has their life in order, why shouldn’t guys want the same from a girl?

Modern women want to focus on their own finances

Modern women are now far less reliant on men financially. They want to focus on growing their own fortunes and achieving financial independence. For this reason, many women are afraid to enter into a relationship in case they lose this freedom.

Others are not afraid, but they want to wait until they feel like their finances are solid. They are focusing on working as much as possible and diversifying their income so that they can have their own money.

They are less religious meaning they are not in any rush

In the past women may have rushed into relationships and into getting married because of religion.

This is no longer such a strict thing, and many modern women no longer feel rushed into these things. They would rather wait and make sure they find the right man for them.

Modern women are waiting for the right person

Women are still dating a lot of men which is great for you guys. They are however searching for the right person to settle down with which can take time.

This might be why girls suddenly go cold when they are dating you. Something makes them think that you are not the right person for them. When I say the right person I mean marriage and kids kind of right.

Many modern women don’t want to go in and out of relationships anymore. They want to have one great one. This can make it harder to move to the next stage with a woman.

If you really like her then take the time to show her you are the right person for her. If she doesn’t think so then remember it’s not you, it’s her.

They are working to be better people

While women are single they often have more time to work on themselves and many girls are seizing this opportunity.

They are spending time in therapy, working out, reading, and advancing their careers. They want to be better people so that when they do meet a guy, they can be the best girlfriend possible. They are so focused on themselves, they are not even registering guys who might be interested in them.

Modern women want to have a lot of sex

As I have said already today, modern woman are still dating and they also want more sex than any other generation that has come before them.

Modern women are feeling liberated which means they are not afraid to tell a man they only want sex.

In the past this may have been frowned upon and they may have been judged. If someone does judge them, they don’t care. This is great news for guys who are looking for a sex only arrangement.

Modern women love being single. They like their independence and their own company.

Even if you are amazing, they just are not in the right stage of their lives to settle down. They want to experience the freedom that being single offers. Sure, they will date but that’s all.

This one is very true. Modern women are far more educated than their mothers or grandmothers. Their high level of education means they have high standards.

They understand what they deserve from a partner, and until they find a man that they believe reaches those standards, they won’t settle.

This can be frustrating when you are dating a girl because she isn’t realising how great you are. You can keep on showing her but it’s not your job to make her see how great you are. She really needs to do that. Of course, you should try to be the best possible gentleman you can be but if a girl doesn’t think you are great, then maybe she is not the one for you!

They have big personalities which can be intimidating

Confidence is something modern women have in spoonsful. They have bigger, louder personalities and this can be intimidating in a man’s eyes.

Men are used to being the dominant ones in a relationship, so when the tables turn, it can be a struggle.

Women that have big personalities still want to find a boyfriend, they just want the relationship to be more 50/50. They are prepared to wait for a man who can handle them.

Once upon a time if you had asked a woman what she was looking for she might have told you her prince charming.

Today’s women are not like this. They don’t want a guy to come and rescue them. They want someone they can spend their lives with and that they can reach their goals with.

They want a man who will help around the house and be as involved in raising children as they are. These women understand that relationships and people are not perfect, but they are prepared to overcome any obstacle with their partner.

Modern women may not believe in fairy tales anymore, but it doesn’t mean they are not willing to be in relationships, they just want to be the best versions of themselves first.