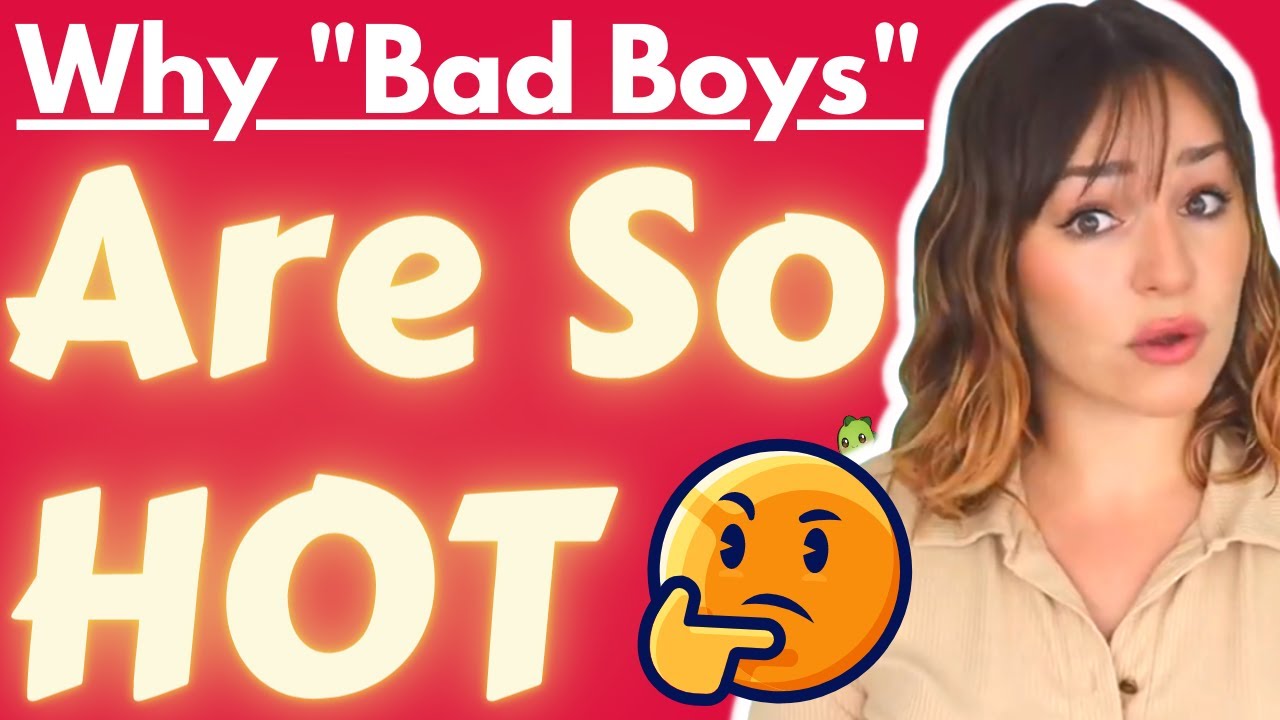 Girls Love These Bad Boy Traits! In today’s video we’re going to be discussing some bad boy traits that women find attractive. Why do girls like bad boys? And how to be a bad boy.

Gentlemen women absolutely love a bad boy. Now think of some of the male celebrities that they have a crush over, Jude Law or even Johnny Depp, they are all attractive bad boy types. These types of men have a certain confidence and charisma about them, ladies are naturally attracted to that and they flock towards them which can leave a nice guy feeling down.

If you are a nice guy, you know what they say if you can’t beat them you might as well join them. I’m not suggesting you change your whole personality because that’s part of what makes you uniquely you. But these bad boys have certain attractive traits that women love and if you adopt some of them you might find you start attracting a different type of lady.

So, in today’s video I’m going to talk you through 24 bad boy traits that women find attractive. From taking risks to being themselves, bad boys have a lot going for them let’s find out some more like and subscribe.

What is a bad boy?

Let’s start by briefly discussing what a bad boy actually is. Typically, bad boys get girls without even really trying. They have women chasing them, that fantasize about them, and would do anything for them.

They often make women fall in love with them and then leave them wanting more.

Bad boys are lovely to women and often attract nice ladies, but they put themselves first which is why they have this mystical reputation.

Bad boys don’t ask anyone for permission. They do what they want, whenever they want.

If a friend asks them to do something and they don’t want to do it, they’ll say no.

The same goes for girls they are dating, they are not afraid to say no so that they can do things they want to do.

Risks are part of life and bad boy’s take them without worrying about the consequences.

They are not reckless, they just believe that life’s too short not to take risks.

These risks might relate to their career, their relationships or it could be something like riding a motorbike.

There is nothing wrong with confidence and it’s something that bad boys have spoonfuls of.

They naturally display confident body language which means they sit up straight, don’t hunch while they walk and have their arms uncrossed.

If a woman sees him in the street she does a double take because you don’t see many people with confident body language like a bad boy has.

Bad boys have a reason for anything they do

Yes they will take risks and do whatever they want but they have a reason for doing this. It’s not just because they feel like being bad, they are actually very clever and can play a situation out in their head before it happens.

Most of the decisions they make will be successful because of this.

Why waste your life being scared? That’s what bad boys think.

They would rather throw caution to the wind and just get on with living. After all, bad things can happen at any time, so why sit around and wait for them to happen when you could be doing something?

Bad boys do things at their own pace

You can’t rush a bad boy. If he is doing something like cleaning his car, he will do it at his own pace.

He won’t rush because he thinks it will make you happy, it’s just not who he is.

He prefers to live life at his own pace and people can either catch up or wait.

A bad boy doesn’t care about fitting in.

Everyone wants to be liked but a bad boy doesn’t need to be liked, which is why he won’t try to be the cool kid. This of course makes him popular amongst women and other guys. They wish they could be like this, but they have a need to be liked.

Bad boys will be authentically themselves always. In their minds either take them as they are or don’t. It really does not bother them.

If you ever tried to punch a bad boy, he would not flinch. He will stand still and look you straight in the eye. They are not scared of anything so why would they flinch?

Bad boys also don’t flinch when they reach for the check, they like to pay their own way in life.

Girls will often say things to bad boys like “wow I love your hair.” While bad boys will say thank you, they don’t need you to tell them that.

They don’t live for other people’s approval, and they don’t really care if they get it. They are authentically themselves, and are happy that way.

Girls love the confidence they carry around which allows them to be like this.

Bad boys don’t have a care in the world

Let’s face it, everyone gets stressed, but bad boys have this carefree attitude about things. They don’t sweat the small stuff, they would rather focus on achieving more things.

Bad boys tend to not stay in the same place for too long or with the same person. They are unpredictable and spontaneous.

A woman loves this when they are dating bad boys because one day he might just say hey, lets drive here!

It’s exciting but once a girl is in a relationship with a bad boy it becomes harder especially if he leaves her.

Bad boys don’t compare themselves to others

They don’t see other men as being better than them because they never compare themselves to others. They know that they are who they are and although they will strive to be better they don’t do it to please another person.

Due to their unpredictable nature, bad boys often leave women wanting more. Just when a woman thinks she has him, he leaves.

He will always be the one that got away.

Although this can hurt a woman, it is also addictive and attractive.

Bad boys break all the rules

If there was a rule book then bad boys would rip it up. They don’t follow rules, they break them. Bad boys just don’t see the point of them in their minds, they are there to be broken.

Girls find this incredibly sexy, and it gets them very excited.

Women chase them, not the other way around. Bad boys have ladies lining up around the block for a chance to spend some time with them.

They are not gullible, and although they might not let on that they don’t believe the person inside, they will be thinking it.

They can read between the lines, and they can tell when someone is lying. This makes them more honest, which is a trait that women love.

They don’t blow their own trumpet, they know inside what they have achieved and don’t care if anyone else knows.

Bad boys prioritize themselves over a partner

They would expect their partner to put themselves first as well.

Bad boys know what they want

They have a life plan even if it does not look like it.

They know which car, which lady, which friends and which job they want. They have everything figured out and don’t care if people doubt them. They are prepared to prove them wrong.

Even if something bad has happened to them, they don’t play the victim. They pick themselves up, dust themselves off and they move on.

They are honest to themselves and to others. They tell it like it is and are straight shooters.

This makes them great friends and partners because you always know where you stand with them.

If they like something or someone then they become very passionate. They will do whatever it takes to keep a hold of the object or a girlfriend for example.

Girls love this passion and fire that bad boys have.

Bad boys think highly of themselves

Yes, they do think highly of themselves. Why wouldn’t they?

In their eyes they are the best and they have a lot of people that tell them this as well. It can come across as obnoxious, but they don’t mean it to. They just know their worth.

Bad boys go after what they want

No one gets in the way of a bad boy getting what he wants. He will work and work until he gets it, and he is never afraid to aim high.