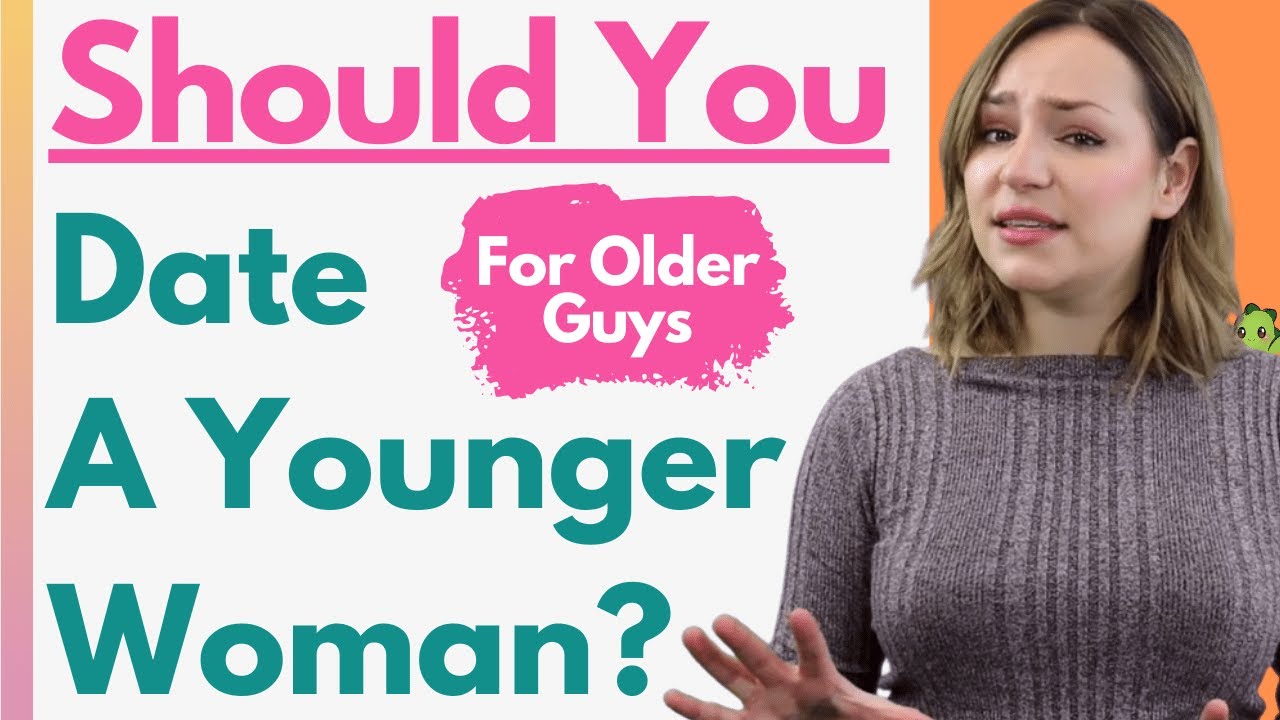 There are many women out there who love the idea of dating an older guy, as we’ve seen in previous videos discussing the attractive traits of older men, so why not give it a try?

Would you call yourself an “older man”? And are you still searching for love? Well, have you ever considered a younger lady? There are a whole host of benefits that come with dating a younger person.

You might be worried about friends and family judging you for doing so, but there is no need. It’s widely accepted now so lets look at the benefits and maybe you will change your mind and decide to start dating younger.

Benefits of dating a younger woman as an older guy

You may be more likely to find love

You might have been searching for love for a while. You may have had many relationships which all started well but then the love faded in the end. Maybe every time you think to yourself “what am I doing wrong?”.

You might have not been doing anything wrong at all, it might just be that you were looking in the wrong place.

A younger woman might bring the energy and personality to the table that you have been looking for but have not found.

You might be naturally young at heart and need a partner who can match your energy. Which makes a younger woman, the perfect person for you!

You may get a boost of energy

Younger women often have more energy than older women. It’s often the same with older men vs younger men and is a very natural part of ageing.

If you have been dating older women for a while you might find that they enjoy low energy activities like spending their evenings reading a book or watching TV.

Whereas you would rather go hiking and go out for drinks after work.

These are more likely activities that younger women would enjoy doing. Younger women could provide you with that shot of energy you are searching for.

You may gain a parenting partner

Sometimes older guys have been previously married. or in very serious relationships that resulted in children.

It can be daunting for an older man to date because he wants to keep his children close but also is afraid that his partner will not want anything to do with them. It is even more daunting when it comes to an older man dating a younger woman.

It’s true that younger women are normally more carefree but they do often want to settle down. This does not mean that they will stop going out or lose their sex drive, it just means that they are willing to help you parent.

This can be an extremely valuable and worthwhile thing to look for in a partner so don’t be afraid to date younger women if you have children.

You may enjoy the power play dynamics

The thing about being older is that you have more experience. You have lived longer, seen more things and been to more places.

This is incredibly attractive to younger women especially. They do have this experience and age behind them which makes you unique.

You have more interesting stories to share or knowledge to impart on them. This gives you some power within the relationship and changes the power dynamics.

The other thing to note here is that when an older guy dates a younger woman it gives him serious kudos within his circle of friends. They will be very jealous and impressed which you will enjoy.

You will have different viewpoints

You have been around the block a few more times compared to the younger woman which means you will have different viewpoints.

These different viewpoints will also give you a fresh perspective on the world which might allow you to work better or make new friends.

You will have fun

It’s important to have fun when you are in a relationship and sometimes we forget to do this!

Younger women often make relationships more fun with their natural lust for life. Which older women might have lost because of their life experiences.

You will go on more adventures, see more of the world, laugh a lot and be silly! This is a huge benefit when it comes to dating a younger woman.

You might have a stronger sense of curiosity about the world

Younger people often have a stronger sense of curiosity about the world. They have not seen as much as you have and don’t understand the world as you do. Their eyes are wide open, looking around and taking everything in.

They might never have for example been to the theatre and so imagine how amazed and curious they will be the first time you take them.

This sense of curiosity is something that adds excitement and fun to your relationship.

You will have less pressure on you

If you are not looking to settle down, a younger woman might be the one for you.

Some younger women are ready to settle down and commit whereas others definitely do not want this. They are young and might be just be looking for some fun. If you are also just looking for someone to date and have fun with, I would put these boundaries in at the beginning.

Tell the younger woman that you just want something casual and if this is what she wants then you can both have some fun.

If she wants more you will know that it’s not the right time for you to date.

She also might be really happy to do this and then the pressure is off.

You can both enjoy yourself without the pressure of a relationship hanging over your heads.

You will learn new things

Continued learning is important throughout life. Albert Einstein once said, “stop learning, start dying”. Learning new things is very important because it allows us all to open up our minds to new things and improve ourselves.

The younger woman is going to learn lots of new things from you because of your life experiences. She will be wise beyond her years after getting to know you.

You will learn from her as well though, you might learn new things about technology for example or new trends which will keep you young.

You will be younger than your friends

You won’t necessarily be younger than your friends because are dating a younger lady. It’s more because of the things you will do together.

You might be more healthy because you work out together and eat better. Which will make you feel younger. You might also know more about the younger culture which will naturally keep you young.

Dating a younger woman could make your last years more enjoyable because you feel healthier in yourself.

You could gain commitment and maturity

Only because younger women have lived for fewer years does not make them less mature. They are often very mature (remember that women’s brains mature faster than men’s brains do).

If you find the right younger woman, they often are ready to commit and settle down. Which is perfect if you are looking to settle down as well.

Older women are often less likely to want to commit and settle down because they may have already done that in the past and want to live alone or have enough on their plate with their own family.

Your natural maturity can also help a younger woman grow up a little and become ready to commit.

Don’t put pressure on your lady if she is not ready to commit to marriage for example but wait until she is ready and go from there.

Your maturity can be used in a really positive way to help your relationship succeed.

If you are an older guy, after reading these benefits are you going to start dating a younger woman?