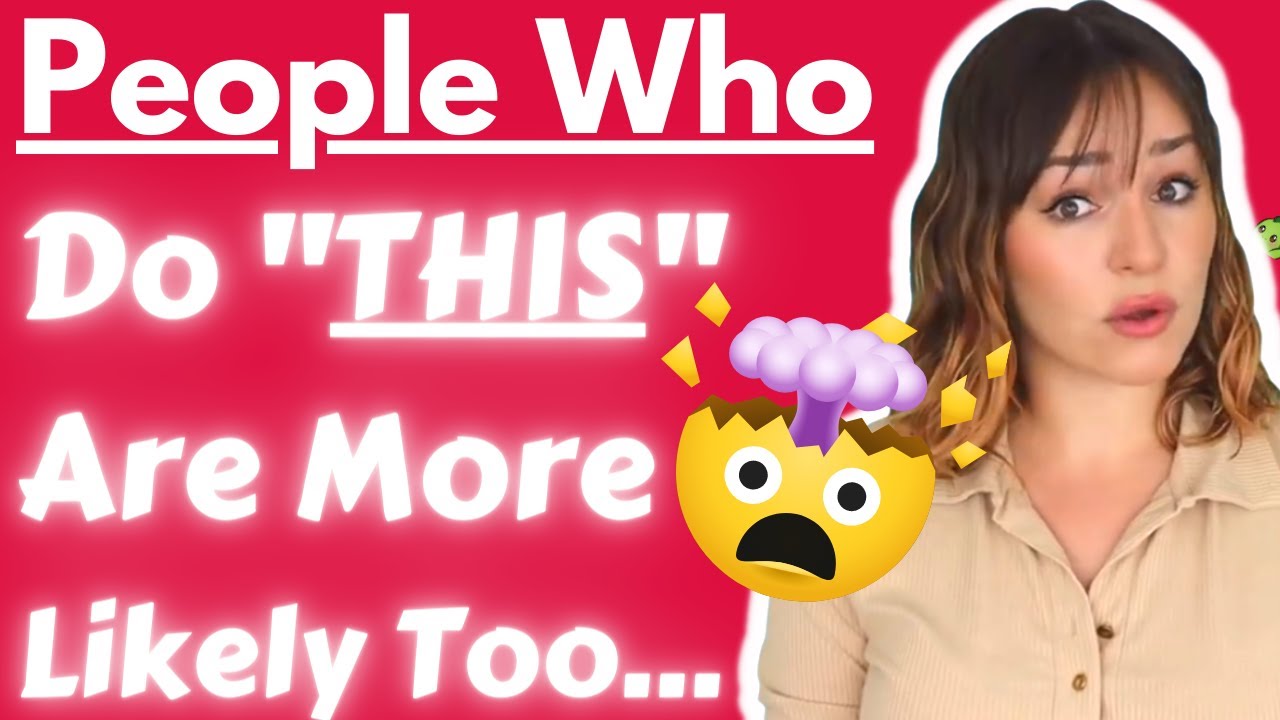 Are you ready for things to get interesting? Our psychology is so interesting and we all have so much to learn.

Just when we think we know everything, we realise that we don’t.

Some of the things we are going to talk about in todays video might surprise you and leave you thinking “Oh, I never thought of that!”.

Other people influence our behavior

Have you ever heard the saying, you are who you spend time with? Well, it turns out there is some weight behind it.

We often change our behavior depending on who is around us to influence us.

For example, we could be around someone who has great manners, and they might bring out that side of us. Resulting in you using your ‘please and thank yous’ more often than you normally might.

On the opposite end of the spectrum, you could be hanging out with someone that suggests doing something bad like stealing a pencil from a shop.

Normally this would not be something you do, but because you are around this person you think to yourself, what’s the harm? So, you steal the pencil and then later find yourself thinking “why did I do that?.”

We often change our behavior when we have a partner and can adopt behaviors that mirror theirs.

Although it’s no secret that our behavior can be influenced by people around us, I think it’s surprising to realize the degree to which we are influenced.

People will go to great lengths to obey an authority figure

Not everyone is a law-abiding citizen, but the majority of us are.

Most of us will go to great lengths to obey any authority figure.

This could be your mum, dad, a teacher, a manager or to take it to a more extreme length, the government. The list of authority figures does of course go on, but these types of people hold a lot of power.

Often we will go to great lengths and sometimes dangerous lengths to obey them.

Psychologist Stanley Milgram found that participants in his study were prepared to administer a potentially fatal electric shock to another person when they were asked to by someone in charge of the experiment.

The power that authority figures have over us is ingrained in our psyche and this can get us in trouble sometimes.

We have a need to conform

Societies thrive on conformity and so do groups. Most people will go along with a group, even if they think what the group is doing is wrong.

Solomon Asch, who is another psychologist, conducted some experiments on the need to conform.

A group of participants were asked to judge the length of three lines. Arch found that if other participants picked one line and voiced their opinion even if it was wrong, other participants would change their mind and pick that line. You have probably experienced this yourself. You have your mind made up about something but then someone suggests something different and suddenly you think to yourself, “Am I right? Should I change my mind?.” This is you feeling the need to conform

Psychologist Philip Zimbardo conducted a study called the Stanford Prison Experiment. The study discovered that the participants would take on the roles assigned to them.

After just six days the experiment had to be stopped as participants were taking their roles to the extreme.

The people that were assigned the role of prison guard started to abuse their power while those asked to be prisoners became more stressed and anxious.

Situations influence our behavior, in this example those that were assigned prison guard status felt powerful and untouchable. Those who were prisoners felt helpless and anxious.

This study shows that depending on where we are and who we are, our behavior will change.

Confirmation bias is a type of cognitive bias. It means that we look for things we already believe which often leads us to not challenging the way we think.

We typically look for things that confirm our existing beliefs and we ignore information that we don’t already believe.

This can make it difficult for us to learn new things. Maybe we have completed a degree and now we believe we know everything on that subject.

The only issue is new things are discovered all the time, but we avoid learning those things because they don’t align with what we already know about the subject.

This is confirmation bias, and it can be dangerous.

If we are dating someone this is often why we can refuse to believe their opinions even though they are probably right, we just have not learnt that information yet.

We all have stereotyped views

We often categorize other people automatically. It’s how we make sense of the world.

The only problem is this can mean we start to have stereotyped views.

We often immediately categorize information about social groups without even thinking about it, we tend to exaggerate differences between groups and minimize the differences within groups.

This is why stereotypes and prejudice exist no matter how hard we try to avoid them.

Our attitudes influence our social behavior

I have already told you how other people’s behavior influences ours. Our own attitudes also influence our social behavior.

Our attitudes and how we evaluate different things including people, ideas, and objects, can be both explicit and implicit.

Explicit attitudes are the ones that we form consciously and are fully aware of.

Implicit attitudes form unconsciously yet they still have a lot of influence over our behavior.

For example, we might be feeling really confident, and we may have always had confidence. Unconsciously though we are developing anxiety which changes how we behave in social situations.

Our Implicit attitudes can have a lot of influence over how we behave so it’s important we try and monitor them.

Our expectations influence how we think others should behave

Our perceptions of other people are normally based on social norms, social categorizing and expected roles.

We expect people to have certain roles and to fit in with social norms. When we first meet someone we rely on mental shortcuts to make fast judgements of how we expect them to behave.

These expectations influence how to expect people to behave and also the type of person we expect them to be.

This can influence if we are attracted to someone or if we are not. Think about how you perceive people especially people you date as this could help you in the future.

We blame outside forces

When something goes wrong in our lives we often blame outside forces but if something happens to someone else then we blame them.

If we are discussing our own behavior then anything positive that has happened we attribute to internal factors, for example, hard work.

If something bad happens to us though we will blame external factors like the weather. When we are talking to someone else however we will attribute their behavior to internal factors often saying things like “it was their fault.” This is called actor-observer bias.

We would rather go along with the crowd

We don’t want to make a fuss, we would much rather go along with the crowd.

Part of this is our need to conform with other people and with society but the other part is based on something called group thinking. When we are in groups we will often go for the majority opinion instead of striking out on our own.

We don’t do this because we are shy. This is called the group thinking phenomenon and tends to happen when a group of people have a lot in common or have an authority figure that guides them to make a certain decision.