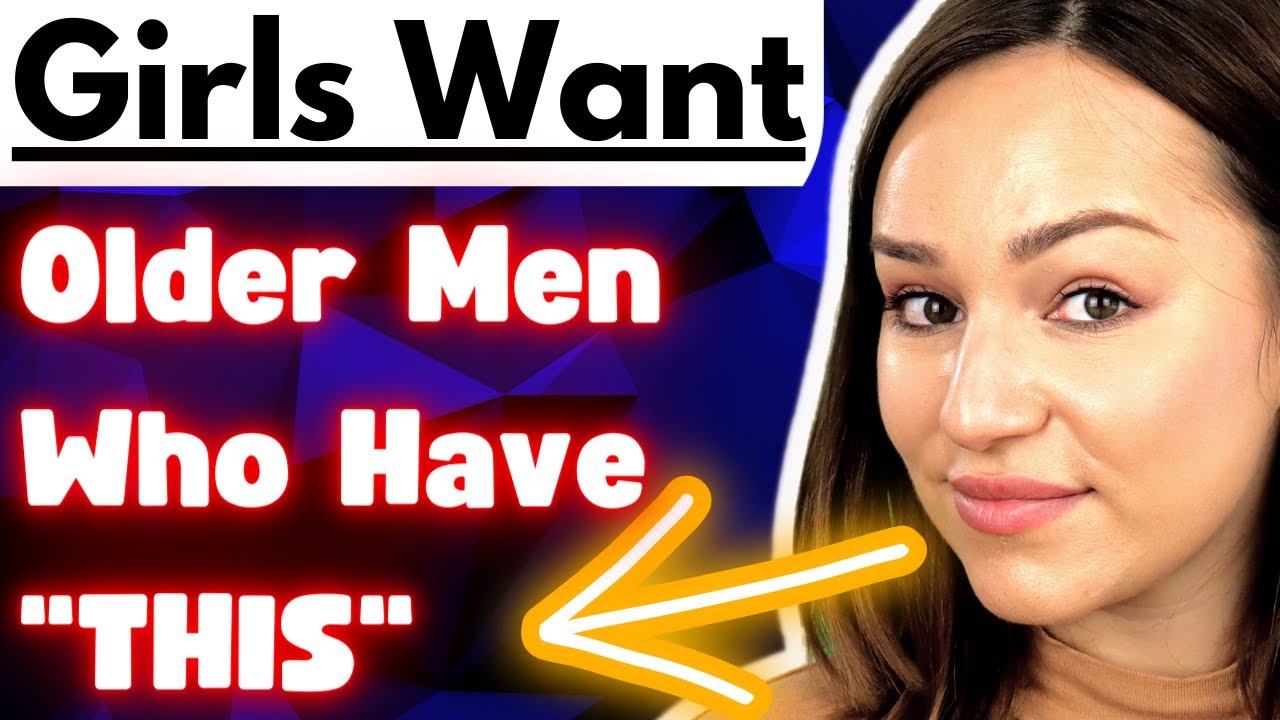 I see you older men instantly benching yourself before the game even begins simply because you think your age cancels you out. Let me tell you, it doesn’t.

In fact, a lot of younger women actively seek out older guys for a range of different reasons. So the one thing you think cancels you out could be the reason why you are in the lead!

So, how do you know if a younger woman is falling for you or if she’s just being nice? Well, that’s simple, you just look at yourself in the mirror and see if you do these things in your older age and if you do, well, she’s already noticed you.

All you need to do now is make the first move. You want to know more, let’s go.

Desirable traits of the older guy

I know a lot of people say this and say it so often that you probably roll your eyes every time you hear it, but it is very true. Communication is key to any relationship.

We communicate every day with every single person that we encounter. So it shouldn’t be surprising that having a good level of communication is the answer to a good relationship.

Older men tend to communicate better as they understand that bad communication or miscommunication can result in frustration, sadness, and conflict.

Younger men need understand the difference between a woman wanting to communicate with you and a woman who is nagging with you. Women do not want complicated and exaggerated things from their partner.

If you communicate with her, then I can guarantee you that she will be very happy. If you are going to be busy that day all you have to do is communicate that with her. She will patiently wait for you to finish your busy schedule.

A lot of older men have already been around the dating scene in their younger years and therefore have participated in probably all of the games played.

One of the main attractions to older men is that they have grown up and matured enough to not want to play mind games and pit women against each other, like some younger men too.

Many younger guys think they have to make women jump through hoops to prove their loyalty before they can commit to them.

Maturity is an extremely sexy attribute to have. We’re not saying that younger guys can’t be mature, older men have matured over the years and it shows in their actions.

Nobody wants to date someone that they feel they have to continuously win over day in and day. If we wanted to partake in games and antics then maybe we would have joined the circus.

You know what it’s like when you’re young and want to have fun. You want to go out with your friends and drink, go to a club or a bar, go out for food, hang out and chill, and then go back to work on Monday morning.

Pretty soon it all becomes a bit of a boring routine. Work all week to drink all weekend, wake up feeling ill on Sunday and then recoup and get ready for work on Monday, and repeat.

A lot of younger women go through this phase in College and quickly grow out of it when they realize they are wasting their money, time and energy on something that is seen as fun but really it’s not.

Older men tend to spend their free time doing anything but drinking their body weight in spirits and that is something a lot of younger women love about them.

Older men actually want to spend time with their partners, making memories and having fun. Doing things that don’t revolve around alcohol and wasting money.

Statistically speaking, older men are more likely to own the house that they live in. The older generation were able to buy property for less than we are in today’s society.

Owning your own home and being financially stable is far better than flashing a Gucci belt or a flashy car.

Younger women tend to go for older men because they can give them that sense of security when it comes to finances, future, homes and relationship anxieties.

Older guys have a career, they changed their minds and jobs a few times when they were younger and they now understand the security of having a good job.

Providing security is a key aspect of a happy and healthy relationship.

I will live and die on the hill that says it is far better to be hurt by the truth than it would ever be to be protected by a lie.

A lot of younger guys are told to “tell her what she wants to hear” to keep girls happy and less confrontational. And then it backfires on them because they are not listening to what their partner actually wants and therefore just making future arguments for themselves.

Well, older men have already been through this and now understand the importance of honesty and communication.

Telling somebody what they want to hear is not beneficial for anyone, it’s a lot more trouble than it’s worth. However, being honest with them about how you feel and what you expect to gain from the relationship saves a lot of time and energy from both sides.

If you sit down and say “I expect this from you and I bring this to the table”, the two of you can work out if you’re going to be compatible or not from the beginning, rather than wasting months trying to figure out what the other person wants before you both give up.

Older guys are more attractive to younger women because they are more likely to want to settle down and create a life together than the younger guys.

Younger guys still want to go out every weekend with their bros, finance a car that is way out of their paycheck and spend endless amounts of money on things they don’t want to impress people they don’t know or even like.

Older men are far more mature than this and would rather create a life to look back on in fondness when they are older.

It’s important to establish what and who you see in your future plans before you continue in a relationship though.

For instance, if you want children but she doesn’t, it’s important to establish the what ifs and compromises at the beginning of the relationships.

It’s not surprising that the older you are, the more you have experienced in life and have the shirt to prove it. This is one thing younger women love about older guys.

Their experience and advice that they can give with stories from their own lives can be beneficial for the ladies. It helps prevent repeating the same mistakes or even errors. Also, experience in certain areas is very exciting for younger women.

A lot of younger guys get their ‘experience’ or expert opinions from those dodgy kind of sites, you know what I’m talking about. We all know that that isn’t real, it’s not good and it’s not helpful at all. Whereas older guys have real experiences that they have learnt from and can show you exactly what they’ve been taught over the years.

Women will get to a certain age and then start to realize that the older the guy is, the more attracted to them they are. And at first, they don’t really understand why they are attracted to their potentially friends’ dad or their professor. But then they start to tick off the things on this list and it becomes oh so clear to them.

So do you tick the things on this list? Maybe there’s a young lady who’s had her eye on you for a while but you’ve been too busy pouting about your age that you have not actually noticed her.

Get your head out of your hands and start looking up. The ladies love you, especially the younger ones. And if you don’t do these things, you can now add them into your daily routine and see if you can make her fall in love with you.