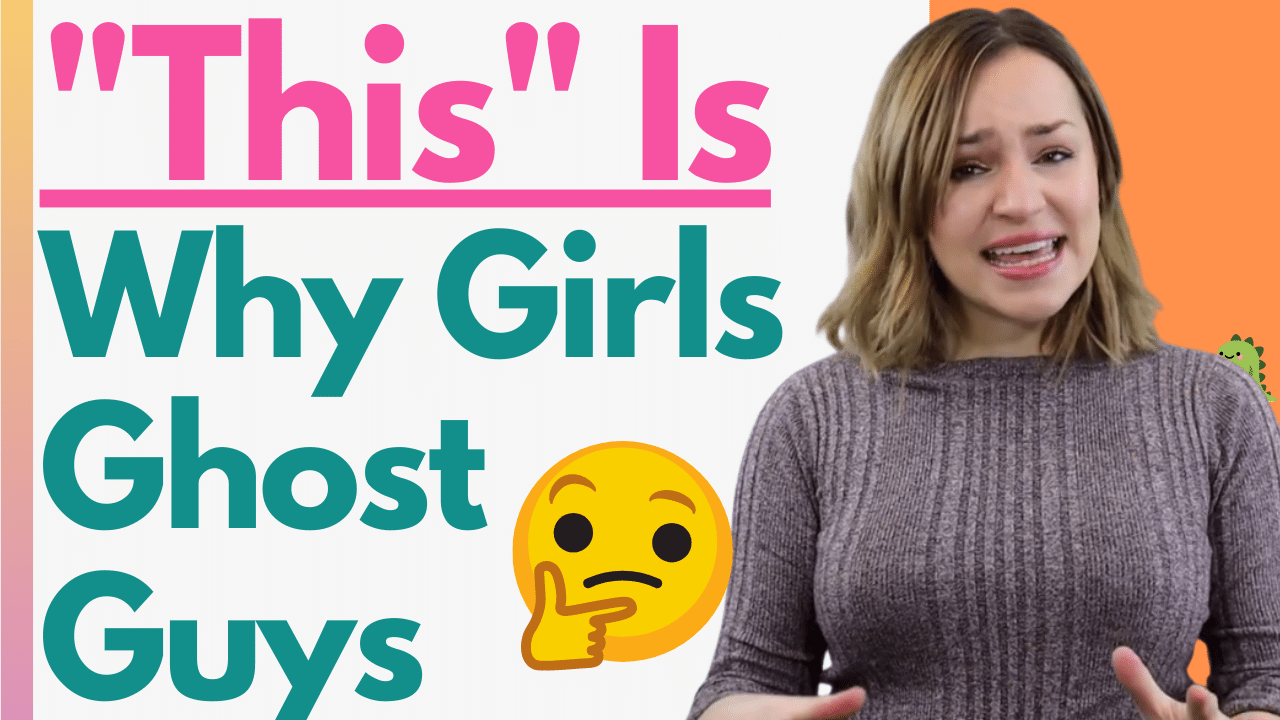 Today we’re discussing “why do girls ghost guys?“. In this video we take a look at 8 common reasons women will end up ghosting a guy. For anyone who’s been through or is currently going through this experience we understand it can be tough. One moment you think things are going okay then suddenly you find yourself thinking “she’s ghosted me, what did I do wrong?”.

Something is majorly off here, she’s a quick responder usually however she hasn’t spoken in one or two in three days, um I best call this into the big dudes. Hey I, yes I want to report a missing person. Um yes she’s well it’s a girl that I’ve been chatting to, we’ve met in person a couple of times. Basically, we would talk all the time but she’s just disappeared. Yes she won’t respond to my calls or my messages and we would talk every single day. Um and yeah, I’ve not seen her as well. What, she’s ghosted me?

Ghosting is when suddenly someone just disappears no calls no text messages no replies. It’s quite literally as if they have been abducted by aliens and poof vanished from the earth. And it leaves the ghosty feeling hurt and rejected and left with so many questions such as why did you do this? How did you do this? When did you start doing this? And a lot more “whys”. It happens for a majority of reasons that will all be clear by the end of this video. My name is Anna and be ready to be instructed about the world of ghosting.

Her attachment style was activated

If the girl had a fear of commitment or even just abandonment she may ghost you to avoid feeling more discomfort. It could be her goal is to completely cut you off before you cut her off. As the pain lessens if she feels she’s in control of the hurting, which means she probably was so insecure that she thought for some reason, that you were going to break up with her because you didn’t feel the same when you could have just been busy doing a work project.

Perhaps you said something hurtful that she could not forgive you for. Maybe you crossed a boundary in person that made her really doubt how much respect that she has for you. In some cases it’s not that you did something dangerous that triggered the emergency feelings. It could be that you weren’t nasty or mean. It could just be that you text and called her so much that she found it so uncomfortable to deal with, she just wanted out of that situation immediately.

Now many nice guys get ghosted as a matter of fact because, they are serial double texters, chronic message checker uppers, you know those situations where a guy takes a girl back hours later and cringely asks why are you avoiding my text messages.

They want you to hurt

We all know that deep down ghosting is very hurtful, however, some ladies may use this to their advantage to get revenge. for example maybe you cheated on her or you did something so hurtful that she wants you to have a taste of your own medicine. Which can I just add is very very toxic and she did you a favor by ghosting you.

In some cases you might not actually be aware what you did wrong which caused her to feel the hurt, but if she’s not willing to talk to you about it and ghosting is there any point really wondering about this lady? Just let her go.

She had no other choice

This is pretty sad, sometimes a guy and I have experienced this, they can be so overpowering that the only way a girl feels that she can leave is to just vanish from his life.

These situations usually happen when a girl has been hurt continuously for a very long time mistreated and so overpowered by the fact that this person is abusive and they don’t feel that that guy is someone that they can gently let them down and say they’re not wanting to have a relationship for the fear of how they react.

Something bigger is going on

At times, a girl could be going through something much bigger than the relationship. It could be a death in the family, it could be a house move, parents are breaking up, something has happened that is so stressful that she is literally prioritizing her thoughts and actions on that thing.

Sadly, meaning you and the relationship is placed on the back burner. Now it is likely though that if this is the reason for the ghosting, she will return providing she is a nice person when the stressful event has passed. However, this really isn’t good behavior and it is not a responsible, valid excuse to avoid you, remember that.

They didn’t have the courage to turn you down

Ugh, a common reason for ghosting during the whole dating world was that she just really wasn’t that interested but she didn’t have the courage or the heart to tell you so. So instead she became very selfish and she just ignored you, hoping that you would get the message that she’s not interested obviously, but in their mind, they didn’t want to hurt you by directly telling you that they were no longer interested.

However, they feel that maybe that would cause the vanishing act for you to go “I understand what a gentle way of telling me” but we can all agree that ghosting is more painful than someone actually being honest and just telling you that they don’t see a future with you yeah, that one kind of sucks.

They met someone else

Have you ever noticed that if you are talking with a girl, let’s pretend on a dating website, things will be going good and then she’s just gone? You guys were talking one minute and then the next day that’s it, and there’s no explanation for her absence. Could be she has met someone else on the same dating app that she prefers over you and that person’s getting big priority.

She got back with her ex

Many rebound relationships end this way. It’s very common, so be very careful if you go into a relationship and you think that you are a rebound. Because when a girl gets with someone new it all seems fantastic but the moment her ex is back on the scene she will ghost the new guy and act like he never existed. So this could be a reason that she stopped talking to you. You know she was fantastic, amazing, proper girlfriend material and then that’s it she just completely disappeared.

Overall ghosting is very painful and I don’t really think there’s ever ever ever ever a valid excuse to say “I’m sorry I ghosted you here is the reason why”. Even if someone is having a very stressful time, they can at least check in and just say “I’m so sorry there’s so much going on right now I will be in touch I’m just going through something big” just enough to let you know that things are okay, they just need to have a vacay a mental health vacay for a while. Surely if she valued you that much you deserve to be told you know she’s having a bit of a vacation.