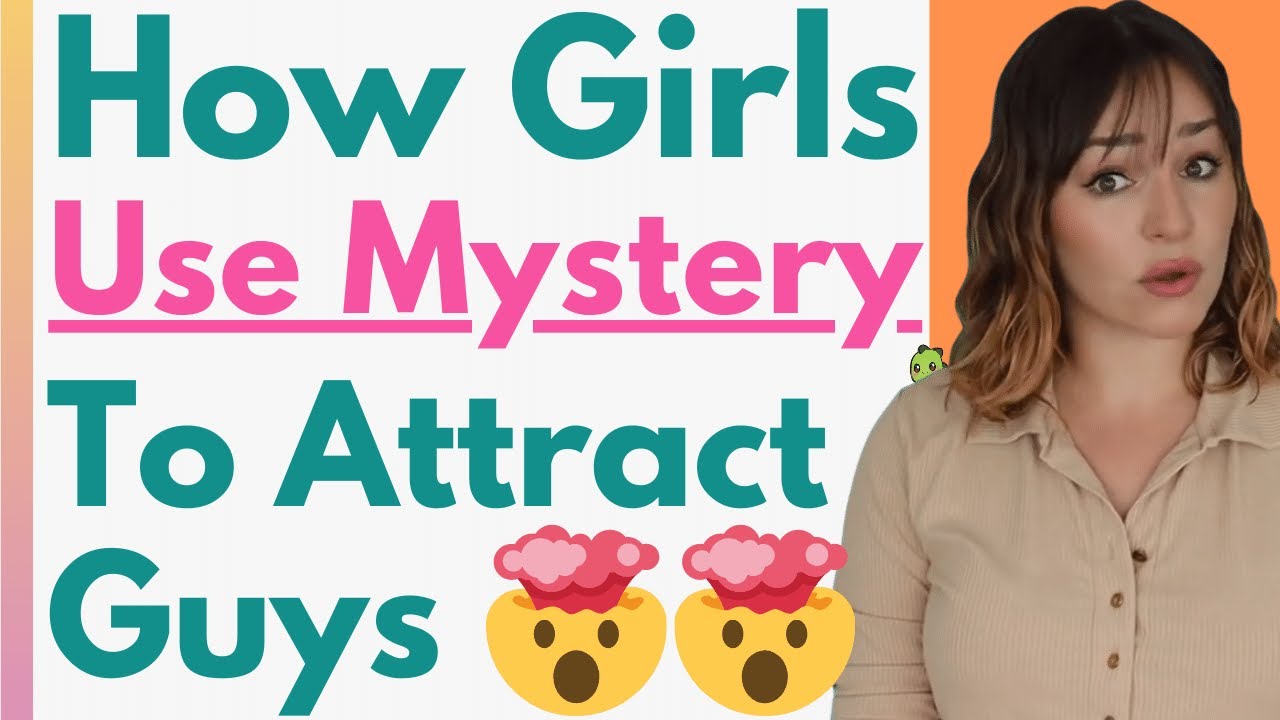 Learn how women act mysterious and why this works to attract guys. If she’s acting mysterious around you it could actually be a very good sign that she likes you and is trying to attract you.

If a girl is putting in any type of effort it’s most likely because she likes you. Now girls do not simply put effort into things that don’t matter to them. Sometimes though it’s not as straightforward as them just saying I like you, I mean we are still girls. Instead, you might actually notice her acting in a way that makes her seem mysterious, which might make her appear very distant and cold, very confusing I know. But she’s making an attempt at being purposely mysterious in the hope that it makes her more attractive to you.

In today’s video we’re going to explore what girls do to be more mysterious to attract a guy. And we are also going to cover why acting mysterious is considered to be attractive and why girls do this.

Girls acting mysterious is a good sign she likes you

Why we find it attractive when people act mysterious.

If someone is uncertain about something their mind starts to wonder. It makes us think more about someone or something. If someone tells you honestly that they like you, it feels great but eventually that feeling disappears and it can be why relationships don’t last as long as they could.

We find people more attractive when they act in mysterious ways because we don’t know if they really like us or not and it gives us a rush of endorphins.

Think about this scenario for example. You are in a bar and there are two equally attractive ladies in the bar. One lady sends you a drink at the bar and then comes over and starts talking to you. The other lady looks at you slightly and then looks away quickly. You are intrigued and think to yourself, are they interested in me? Suddenly your mind is racing and instead of thinking about the girl who has made her intentions clear, you start thinking about the other girl who has not.

The ‘what if’ is what makes this so attractive to us.

Why do girls act mysterious?

High value girls are normally the ones who don’t give everything away. They would rather act mysterious and keep some things to themselves instead of telling you everything about themselves. If you notice that a girl is acting slightly mysterious, she is most likely a high value lady and it is worth putting the effort in to pursue her.

Girls act mysterious because they want to peak your interest and not show you everything about themselves at once.

What do girls do to be more mysterious?

When you think of someone acting in a mysterious manner you might picture them being shy. Girls who are acting in this way though are actually very confident. They have to have an air of confidence about them to be able to pull it off. They are confident enough that acting in a mysterious, almost hot and cold way won’t make you run away but will in fact attract you. You might notice that they easily go up to others and talk to them. Their body language will be open as well. All signs will point to them being confident.

They don’t try and be someone they are not

Sometimes the thing that attracts us most to other people is their uniqueness. They are not trying to be someone they are not. She acts like an individual, displaying her uniqueness and all of her quirks. This takes courage and confidence. We often change ourselves or hide parts of ourselves when we are trying to attract someone. If a girl is acting mysterious towards you and is being uniquely herself, it shows that she is comfortable enough to show you who she really is. Even if she is being herself and not trying to be anyone else, she will still keep her walls up and won’t show you everything. That is part of her mysterious personality.

Yes, she might be acting mysterious to try and attract a guy, but she also likes her independence. Mysterious girls are used to doing things alone without anyone else’s help. This can be why they are so guarded and keep their walls up. If you get to the point where you are dating them, you might notice that they often do things alone or like to pay for their own things. This is not them being rude, it is just who they are and why they act mysterious.

They are not always available

Mysterious girls are always busy. It’s hard to settle on a date for a date because they are never available. They want to go on a date with you, but this is part of them being mysterious. When they say, ‘sorry I am busy then,’ your mind starts racing. What is she doing? Who is she seeing? It makes you want to see her more, you realise that you are protective of her and that you are attracted to her. Her mysterious nature is working.

They have great social skills

Mysterious ladies are very confident which means they also have great social skills. They can talk to anyone and anything, but that person never truly knows them. There is always a question of doubt as to who they really are. They talk about surface level things, never digging deep and they don’t reveal much about themselves. They normally know a lot of people but have very little close friends.

They are different around you compared to your friends

After you have been on a few dates, if she likes you, she will start to open up to you. She will probably appear to be warmer around you. If you then take her to meet your friends, she will display her great social skills in front of them, but you might notice that her guard is up. It’s a sign that she trusts and values you so you should be flattered by this.

Intense eye contact is a great tool to use when you are seducing someone. That is why mysterious girls make a lot of eye contact. They are trying to attract you and maintaining eye contact can help create the spark. If she is giving you a lot of eye contact it means she definitely wants to talk to you and wants to get to know you more. You just need to break down her barriers now.

Mysterious girls keep you guessing. They do this sometimes by playing hot and cold. Other times they act in a spontaneous way. They might just phone you up and say “hey do you want to come here with me today?” or while you are on a date they might say, let’s try here instead. It can be exhilarating to be around someone like this, especially if you are someone who likes to keep a routine. You are likely to find it exciting and attractive.

They don’t have a big presence on social media

Mysterious people are likely to stay under the radar on social media. They might post every so often, maybe once a year. These girls will almost never put-up stories on Instagram or post a picture of their dinner. They would rather stay under the radar so that when you go to find out more about them, you can’t.

They can be challenging

It can be a challenge to date mysterious girls. They are not easy to get and it’s even harder to get them to open up to you. They might suddenly disappear or cancel a date which can hurt you. These mysterious girls will challenge the way you think and keep you guessing. If you can land one though, they will stick around, be loyal and you will find that they are high value ladies.