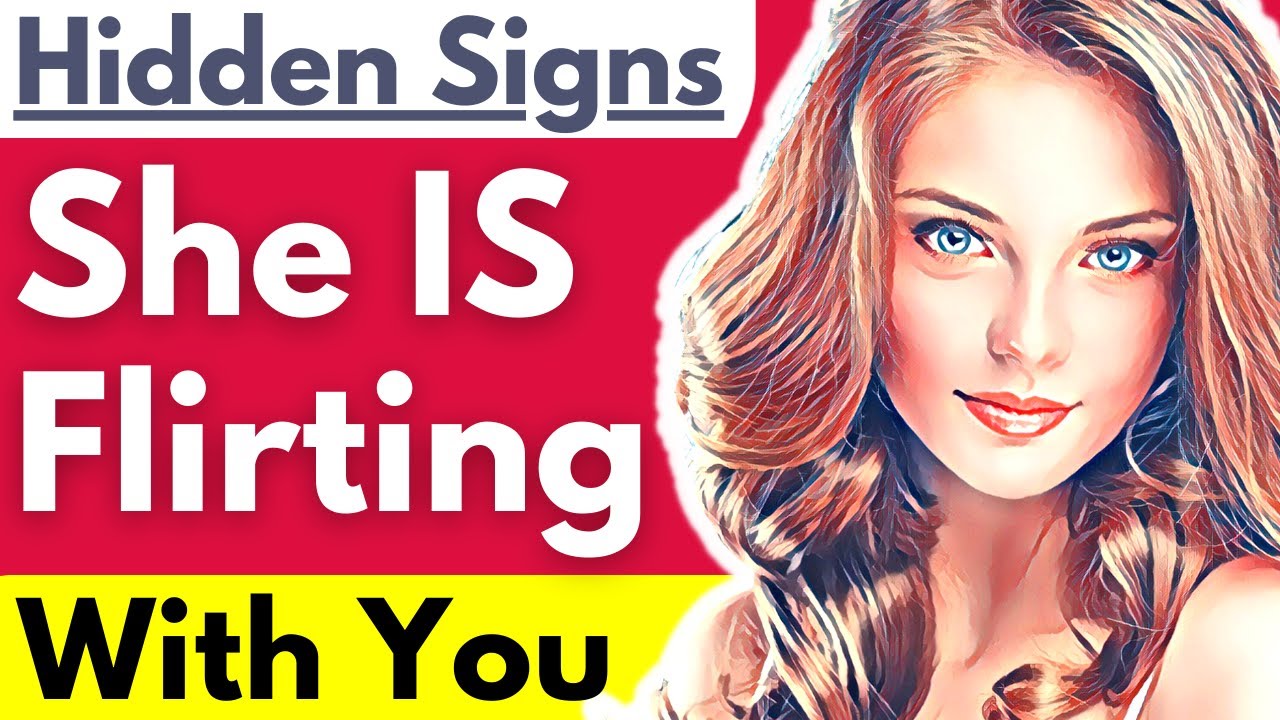 Could you imagine how frustrating it would be to dangle a carrot right in front of an animal and them pay no mind to it, almost as if they couldn’t see the carrot mere centimeters away from their face.

This is how women feel when they display certain signs and drop the blatant hints that they are flirting, and men just don’t see it.

Now, there are some guys out there who like to take it upon themselves to just presume that every woman that comes in contact with him instantly falls for him and wants to be with him. We will call these types of guys Kyle.

Kyle has nothing special to offer but walks around like he is God’s gift to women. We don’t really like Kyle, Kyle is more for entertainment purposes only.

We also have those guys who may not believe that they are in the same league as Kyle. They have little to no self-confidence and don’t believe that women could go for them over Kyle. We will call these guys Aiden.

Aiden is a good guy but spends a lot of his time in the friend zone. Mainly because he is comfortable there.

But Aiden wants a girlfriend too.

So, to help Aiden and the rest of you guys out, we’ve done some digging and collated our research from the single ladies out there. Here are some hidden signs that show she is flirting with you.

Aiden, see the signs and get out of the friend zone, she wants to date you!

It is natural for a woman to want skin to skin contact with people that she feels connected to.

This could be with family members, friends, and love interests. It can range from a hug all the way up to the deed, of course that one is saved for the love interests.

If you are around a woman that finds small ways to touch you, this could be the best thing for you.

For instance, even if you’re stood in close proximity to her and she still reaches her hand out to touch your arm when she laughs, this is a really good sign she is flirting with you and wants you to know it without her having to actually say it out loud.

Now listen carefully to this point because it is very important that you understand the difference between overstepping a boundary with a lady and entering her personal space and crossing a boundary that you know you have been invited to cross.

A girl that likes you and that is flirting with you will close the space between the two of you slowly but surely.

Although she is stepping into your personal space, she will do this slowly so that she doesn’t overwhelm you and so she can determine whether it’s too much or if you’re also feeling it.

If you notice her slowly shuffling closer to you whilst in a conversation, this is a very good sign. She could be moving in so she can touch you or could even be wanting to kiss you.

This is a clear sign that she is feeling comfortable around you, and she has watched out for the signs that you are welcoming her into your personal space, clear signs that she is flirting with you and wants you to flirt back.

Always try to be respectful of someone’s personal space, this can’t be measured on a ruler.

There are times when, due to the environment, or place you are in, you have to enter personal space. For example on a crowded train, in a queue or at a gig. Although many feel uncomfortable with this closeness there is little that can be done to change the space.

But, if you are with someone and you cross into their personal space and by doing so make them feel uncomfortable, they may well step back, or put their hands up whilst stepping back. Give a genuine apology and politely move ever so slightly away.

There could be any number of reasons why they don’t want you to move in any closer. From being a little wary of strangers or they could have an unseen injury.

There is no set rule as to the depth of anyone’s personal space.  Don’t blow it, this could be the difference to this ending something before it even had the chance to move on to the flirting stage or even dating.

If you step into a girl’s personal space and her first reaction isn’t to back away or put her hands up to try to move you back, then this is a massive green flag that she is comfortable with you and has probably been waiting for you to step closer to her so she doesn’t have to make the first move.

This one is an easy one, even Kyle would get it.

If you’re talking and she is looking directly at you she is giving you her undivided attention and she wants you to know it.

There’s nothing worse than being mid-conversation with somebody and then you notice they’ve zoned out or turned their attention somewhere else. You’re then left to quietly stop talking and feel all embarrassed.

A girl that likes you will do her best to show you she is listening to every word you’re saying. This is a great sign!

Leading on from the previous point, eye contact is vital when communicating with others.

It not only tells them that you’re listening but also helps you understand who they’re talking to just by following their gaze to whomever it is on.

If a girl is constantly making eye contact with you from across the bar, then you are 100% in there. She is waiting for you to make the first move.

She’ll do the 3-step process:

They do say the eyes are the window to the soul, and she’s wanting you to know she is flirting with you with her eyes.

One thing a girl cannot contain when she’s around somebody that she likes, is her excitement and that little giggle she does. Almost as if she’s 16 years old and back on the school yard.

Whether it be because she is talking to you, the conversation that you’re having, or just being around you. That bubbly feeling in her stomach cannot be contained. It will show through her constant smile and giggle.

It’s a bonus for you if she doesn’t hide this type of behaviour when she’s around you because it shows she’s that comfortable around you and she doesn’t feel embarrassed.

Now before we get into this point, let’s take a moment to acknowledge that when we were younger, we were all told “they are mean to you because they like you “.

There is a clear difference between light-heartedly teasing someone because you like them and being straight up mean because you don’t like them or because you’re just not a nice person.

When a girl likes you, she will be a little sassy when she talks to you. She will show you that she likes you by trying to tease you about things that you may have told her in past conversations.

This is a way for her to laugh and joke around with you, and not be too serious, and to see if you will respond by teasing her back and laughing along with her.

Everybody loves a bit of banter. It’s even easier when it’s flirty banter between two people who like each other.

You’d be surprised how easily the conversation flows even with heavy flirty teasing happening. She could tease you about anything like oh you are totally the strongest guy ever!! it’s all in good jest and a great way for her to be able to giggle and touch your arm, be close to you and make you laugh too.

Let’s not forget the physical teasing too, a little shove here and there, or a poke and prod in a ticklish area just as an excuse to touch you.

Depending on the lady herself and how confident she is, she could brush her hand on your thigh when she wants to tease you in that different way, if you catch my drift… Of course, this is a great sign that she obviously likes you and wants you to flirt back with her!

Maybe even tease her a little and let the games begin between the two of you.

Men, more than often, like to complicate things for themselves and then get too stressed about it, especially when it comes to trying to figure out what a woman wants and if she wants you.

Hopefully after seeing the signs we’ve just been through, you guys will now understand that it’s not as complicated as you first thought.

In fact, it’s pretty straight forward when you look at it, and most of the time it’s been right in front of your nose the whole time – just like the carrot dangling!

Remember now, these are some hidden signs that she is flirting with you, but not all women will do the same signs.

Some women would rather tell you straight out what they want, and we love a confident go getter. Power to her!

So, why not see if you can spot any of these signs the next time you’re out and about.