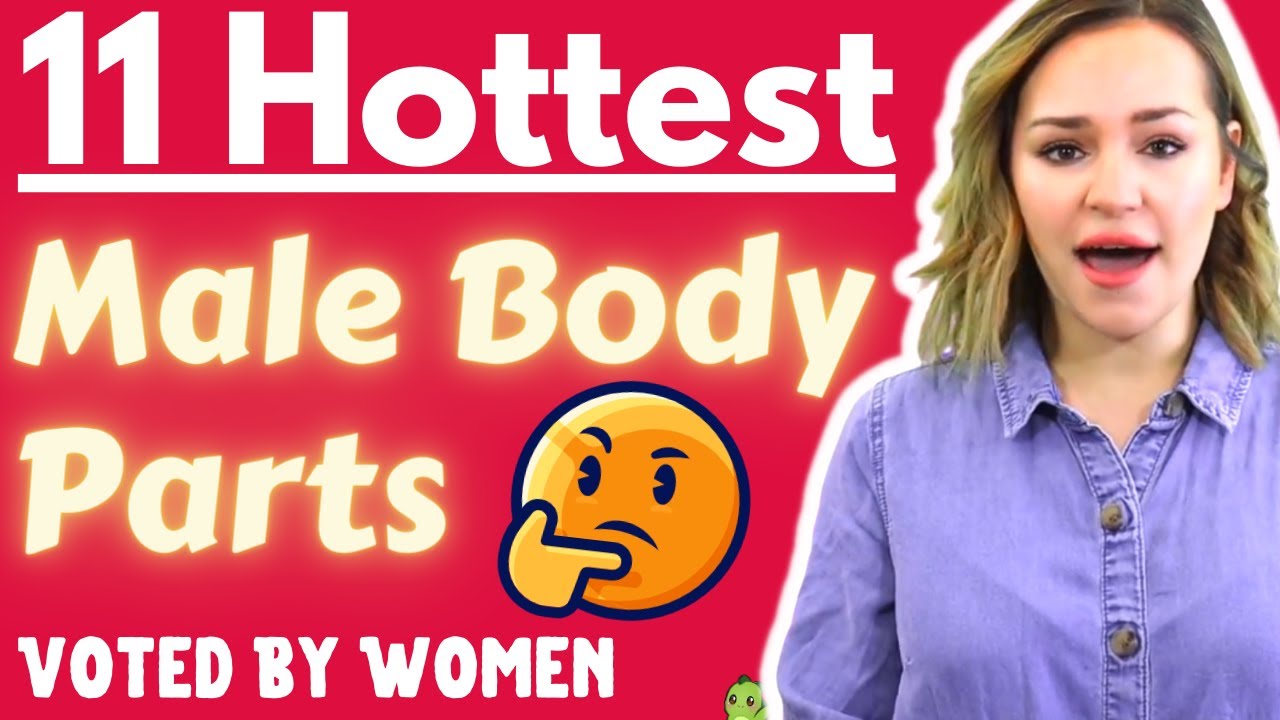 If you’re the type of guy who enjoys working out and building up their physical appearance then you should find this interesting.

You may have stumbled onto today’s video because you’ve been looking for advice on these additional topics: What do girls find attractive in guys? What do girls look for in a guy? How to get a girl to like you? And many more along a similar theme.

It should not come as a surprise that women find men sexy.

Ladies have certain things that they look for in a guy when it comes to personality. They want a man who is honest dependable funny and well the list goes on. Now the same goes for the way that men look.

Women have certain parts of a guy’s body that they find the sexiest.

You might have some of these already, others you might have to work out to achieve. Either way, it’s always useful to know what women like according to real women that is.

Let’s start with one of the most stereotypical things that women love about men.

No matter how much humans evolve, this one just keeps coming back and it’s of course a six pack. Every human has abs. We all have abdominal muscles, it’s just that on some people they are visible and on others they are not.

Women find six packs really sexy and it often shows that a man is taking care of himself, which is a bonus.

Not every man has a six pack, but you can get one by eating a healthy diet and working out at the gym.

It won’t’ happen overnight but if you would really like a six pack then over time you can achieve it.

When a man sits up in bed while a woman is still lying down, she can’t help but stare at his sexy back. Women also love it when a man’s back makes a V-shape (broad shoulders, smaller waist).

This can be hard to train for and not everyone can get the V. Women love it sure, but they also just love strong muscly backs, and it is something they wish more men worked on.

A women’s sexual satisfaction is very closely linked to the width of her partners shoulders, who knew?

Women find wide, strong shoulders extremely sexy on a man. Broad shoulders have always been linked to peak masculinity and women have found this a sexy body part for centuries.

Often, it is easier for taller men to get broad shoulders then shorter men but it does not mean it is impossible.

If a man has nice shoulders he probably has a lot more women chasing him around and asking him out on dates.

In fact, David Perett who wrote a book called “Your Face: the new science of human attraction” says that men with a higher shoulder to hip ratio have sex at an earlier age and have more sexual partners then other men.

So, what are you waiting for? It’s time to hit the shoulder press.

Have you ever been on a few dates with a girl and suddenly she has her hand pressed against yours and she is commenting on how small hers is in comparison?

Women do this because they love it when their hands are smaller than men’s and not just a little bit smaller, but a lot smaller. Bigger hands are a sign of masculinity.

You can’t make your hands bigger but you can look after them. Women are really detail orientated which means we are constantly looking at your hands and we can tell a lot about you from them.

We can normally tell what kind of lifestyle you lead and how well you look after yourself.

You might work outside or work out a lot which means your hands might be a bit beaten up. Alternatively, you might work in an office and have really soft looking hands.

Women probably prefer the hands of a man who works outside but they still want him to look after them.

I am sure you knew this one would make the list. Women find men’s pecs/chest area very sexy.

Some men have no muscle there at all which shows a girl that he probably does not work out. When men have strong pecs and a well-defined chest area though girls go crazy for them.

It shows a girl that he looks after himself by working out and it’s also just crazy sexy.

You don’t have to be super ripped like a bodybuilder but just having a stronger chest will make girls really interested in taking things further with you.

You can tell so much from a guy’s eyes.

Girls love it when men have really defined eyes. They find blue eyes probably the most sexy, closely followed by green and they also like dark green eyes that really stare into their soul.

She loves it when a man really uses his eyes to stare straight at her while she is talking.

They also like it when men look at them while they are having sex. You don’t even have to have the best coloured eyes for this to be sexy. Any man can use this, and girls will find it super sexy.

Women find muscular arms a huge turn on in fact it is one of the most highly ranked male body parts according to women.

It is something about women feeling protected when men have muscular arms. They love it when they can see that a man has nice arms through his t-shirt, especially if it is a tight one.

When a man touches a woman gently, even though he has strong arms, it drives a woman wild, and she feels like she is really being well looked after.

If you have strong arms, you can also lift a woman, which they love when men do.

The neck is often an unappreciated part of a man’s body.

Men go crazy though when a woman kisses the side of his neck and behind his ear. Girls know this, so they are constantly drawn to that part of a man’s body.

They also love it when his side neck has a few veins which sounds strange, but it shows that he has some strength.

A face is often the first thing that a woman notices when she looks at a man.

Every woman has their own type of man that they go for so their taste in what they like a face to look like is slightly different.

Some girls love blond men with no facial hair and others like men with brown hair and a beard. It just depends on their personal preference.

Something that does not change though is that they like it when men look after their faces.

They want to see that a man has cleaned his face and moisturized. It shows that he cares about what he looks like, which is important.

Ohh the mouth. Women love men’s mouths because that is how they kiss them.

They love it when men play a little hard to get and don’t kiss them right away.

Women want to spend time admiring a guy’s mouth and wondering what it would be like to kiss him.

You can’t work out your mouth to make it better, but you can make sure that you always have nice smelling breath by brushing your teeth twice a day, flossing and using mouthwash.

If everything looks good, a girl is going to want to kiss you so be prepared.

Most women like facial hair. Even if they say they don’t, they probably do. It makes men look more masculine which is something women look for and find sexy.

They don’t like it when the facial hair does not look clean or well maintained. They want a man that looks after his facial hair, keeps it trim, oils it and washes it.

If you don’t have time to do all of this then don’t have facial hair. Shave it and have a nice clean-shaven face because girls would rather this than unruly facial hair.