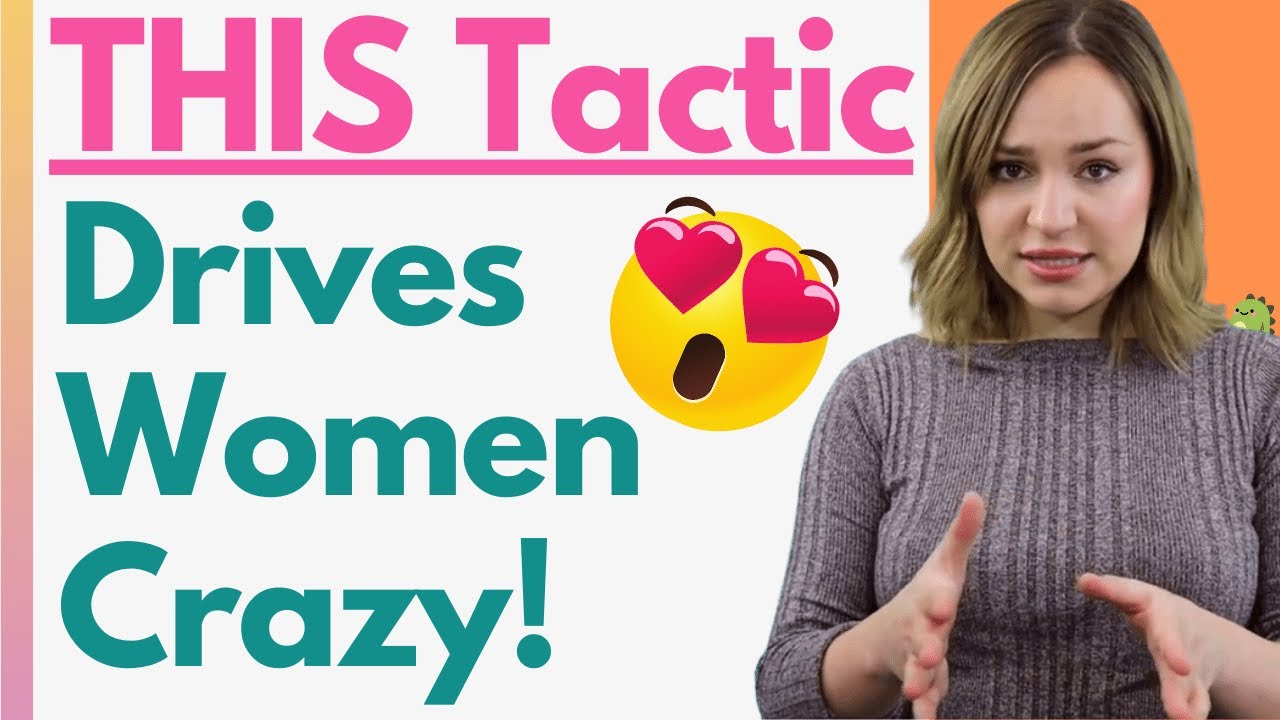 Playing hard to get is a dating technique that can of course backfire so it’s something you have to be careful with and it’s well worth watching a video just like today’s before getting involved in it.

We’re going to look at 8 important tips for playing hard to get with your crush, you can use these to build sexual attraction and gain her attraction, but be sure to follow the advice properly so that you don’t end up putting a woman off.

How To Play Hard To Get

Playing hard to get, it seems so risky. Sometimes though it’s just the ticket and it works a treat. It can add excitement to a relationship and make it feel more electric.

It can of course backfire completely leaving you alone and the other person miserable. That’s why if you are going to play hard to get, you need to understand the balance.

In today’s video, we are going to look at how to play hard to get. This will be extremely helpful if you ever find yourself in this situation. Instead of ruining what could have been a great situation, you will have the tools to keep the girl on her toes.

There is a huge difference between what we need and what we want.

When we need something, we rely on it to survive or to maintain a certain level of emotion.

When we want something, it is a bonus, an extra surprise, it’s something we dream of having.

Every girl loves attention, it’s a fact! We do love it when guys pay us attention whether we are dating them or not. Sometimes we might play it off like, we don’t need that much attention but then we might appear cold when we don’t get it.

So if you are playing hard to get you to need to give them the attention they need. Which means giving them a basic level of attention. Replying to messages but not too quickly. Going on dates but not too often. Saying hi to each of her in the office but not going out of your way for a chat in the kitchen. Eventually, she will be craving more attention, wondering when it’s coming. She’ll be addicted and keep coming back for more. It will also require her to put more effort in so you will be able to tell if she really likes you or not.

It’s all in the name. Be playful with your crush. If you take playing hard to get too serious, she will probably think you are just not interested and walk away. You need to keep it light and keep it fun.

Tease her a little and flirt with her. This makes you seem super fun to be around but also hard to get which makes you the must-have thing.

Leave the person wanting more of you but give them enough that they don’t feel like they are wasting their time. Have fun with it, keep in light and see where things go guys.

Ohlala is it hot in here or is it just me?

Sexual attraction is key in any relationship. Sexual chemistry on the other hand is sexy. Sometimes you just have it with someone and it just happens so naturally.

Other times you have to build the sexual chemistry. One of the best ways to build sexual attraction is to build anticipation aka play hard to get.

Flirting and teasing will build up the chemistry and make it clear you want more.

The anticipation when sexual chemistry is building will make the sex even better when it arrives.

You need to understand the other person’s boundaries. Guys, some girls will just not like it when you play hard to get. They would prefer you to give them all your attention and if you don’t they will move on. This is why it is important to talk to them about what they want and expect at the beginning. So you don’t end up chasing them away.

If they say that they don’t want anything serious then you can play hard to get. It will keep them coming back for more.

Give them the space to miss you

This is a great way to play hard to get. Giving the other person space to miss you is important. If you are always there well they might find it boring after a while? Or make them think that you are a pushover.

Wouldn’t it be better if they thought “I really miss him and want more”.

So make sure to give them space so that they can miss you. Don’t go on dates all the time, don’t message them all the time and make sure you have your own life.

If you have your own life outside of them, it will mean your time fulls up. So you will naturally see them only when you can and they miss you.

Stop when you have to

You need to know when the relationship is ready to move to the next level and away from that stage. You can tell by communicating this with each other, she might sit you down and ask for more from you. That’s your cue to snap out of playing hard to get and start getting serious.

You might also notice that she is getting more and more distant. This is your sign that she is losing interest and you need to start putting more effort in or you might lose her.

Keep your eye out for changes in behaviour and guys, if it’s been a few months it’s time to stop playing hard to get.

Playing hard to get often means not getting as close as you normally would do to that person. You have to keep some of you back. If you show the person the whole of you well they know everything.

You could tell them for example what you do as a job but don’t add in too many specifics. Mention where you grew up but don’t tell them anything about your family. Give them just enough information but not too much, that’s key.

As the relationship progresses which hopefully it will, you can open up more and share with them more about you.

When you do open up they will feel like it’s really special and important. They will treasure everything you say and will feel as though they really matter to you, which is important.

Keeping some things back is a good way to make sure you don’t give everything away and then end up with nothing. Be careful though not to blank that special lady out of your life or make her feel like you are not that interested.

As I mentioned right at the beginning, playing hard to get is all about balance. You can’t put the person off or chase them away. It has to be just the right amount of flirting, teasing and giving them space.

It’s important that you don’t come across as rude when you are playing hard to get. So never ignore a lady or dismiss anything she says. Don’t act like only you have the power in the relationship because you both do. Make sure she still likes the game you are playing and finds it fun. Once it becomes something she dislikes, you risk losing her.

Always be polite and kind in text and in person. Only because you are playing hard to get, doesn’t mean you have to be rude.

So guys, if you ever find yourself playing hard to get, good luck and remember, it’s all about balance.