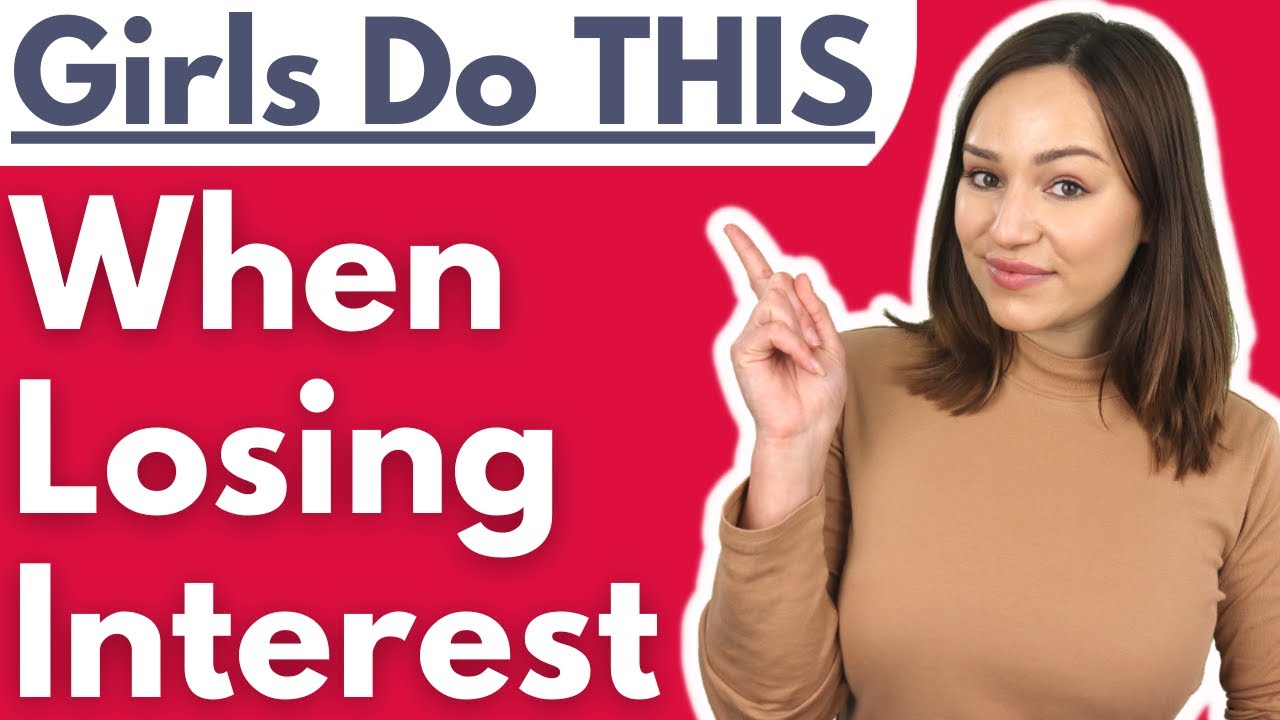 Falling in love is said to be one of the best feelings in the world and many people agree. There is nothing more warming and exciting than falling headfirst for somebody and knowing that they’re right beside you falling too. It feels like you’re the main character in a Hollywood romantic comedy or the girl next door in the best-selling novel. It’s every girl’s dream to fall in love with their version of prince charming and live happily ever after.

But have you started to notice how the atmosphere has shifted slightly? Is she being a bit weird – normally she says I love you more than one hundred times a day and now she says love you or you too if you say it first? I hope some warning bells are going off guys, it sounds to me like she’s losing interest and could be falling out of love!

Women tend to tell you they are unhappy time and time again until they get to that point where they just don’t care anymore. They are over feeling like they are begging you for the bare minimum and they will shut off. Once it gets to that shut off stage, there is no going back for them. Women have a high threshold for this – but once they’ve hit it that’s game over!

Let’s not panic right away, there are some signs that you can look out for that could prevent her from getting to that stage.

Now you might be wondering if she hasn’t told me she’s falling out of love, how am I supposed to know? Just because she hasn’t said it in words does not mean she hasn’t made it obvious to you. But let’s not worry just yet, we’ve come up with a few tells a woman does when she is losing interest in the things around you – you included – so you can catch those signs and flip them around. Eye’s down, ears up guys, let’s do this!

Signs she is losing interest

When you first start talking to somebody new or get into a relationship, the constant flow of communication is a good sign of growth and movement. Whether that be constantly texting each other, late-night phone calls or facetime sessions.

One sign that a girl is losing interest in you would be the lack of communication she puts into the relationship.

If she starts to take a lot longer than usual to text you back, or if she misses a phone call from you and instead of calling back, she hits you with a what’s up? text.

This is a clear sign that the constant stream of communication you usually have is slowly starting to bore her and she is pulling away slightly to create space between the two of you.

It could be a simple explanation that she just has a lot on her mind, or work could be eating up too much of her time and she forgets to reply, it’s not all bad. But it is worth noting down and asking if everything is ok before it gets too late.

Entering into a relationship with someone automatically puts you in the centre of their lives. As you get to know each other you become their go-to person for anything and everything. With certain exceptions (like family or work commitments) they will want to spend all of their time with you and, you will feel like their priority in life.

Sometimes work can become too much and you may have to take a back seat for your partner to focus on their tasks at hand. Maybe there’s a big meeting coming up at work and they have to rearrange dinner plans with you to finish their preparations for the said meeting. This is not their fault so there is no point getting angry at them. It’s their job, which they need to earn money.

However, if this becomes a regular thing with a lot of different scenarios, it could be that they’re slowly deciding that your time is not as valuable to them as they once thought.

They’re slowly making that shift and moving you from first place to second place, or even third. Here are some signs of this shift:

When a woman starts to pull away from you physically, this is typically the last step they do before completely shutting off from you.

They tend to disconnect emotionally and mentally first so then it’s less painful for them in the long run. This sign can be really easy for some guys to notice, especially if your girl is usually very touchy-feely and loves to kiss and cuddle all the time.

A woman is not expected to sleep with you regardless of your relationship status, however, if you’re starting to notice that every time you insinuate or try to initiate any physical contact that she says no, there could be more than one reason for this.

Intimacy is especially important in a relationship and once you start to feel that slipping away, there’s not much you can do to get it back. This is a huge red flag and almost the end of the line – Game over!

It’s a natural thing for people to think about the future and what could be, especially once they’ve entered into a relationship with somebody they have strong feelings for.

The mind will automatically start to think of what could happen and some women even like to plan what they’d like to happen – some call it a 5-year plan.

When you talk about your future it gives you a common ground to stand on, you know what to expect from each other and you can make sure you’re both on the same page before moving forward so nobody gets hurt.

Things like wanting kids can be a deal-breaker for some people so it’s important to know if your partner wants what you want before you go ahead.

If she starts to change her answers to the usual ‘where do you see us in five years?‘ questions, this is a huge red flag that she’s starting to pull away. Maybe she starts the shrug of her shoulders or says things like ‘we’ll see what happens…RED FLAG! Typically, she knows what’s going to happen, she just hasn’t come out and said that there won’t be an ‘us’ in five years.

Now, don’t get me wrong, some women are more live in the moment type, but normal things like kids and marriage, buying a house, and moving to the next level within your relationship are all subjects that will cross anybody’s mind at some point or other.

Other than coming right out and saying I’m just not feeling it anymore, these signs should help you notice the changes in your relationship and help you question them and fix whatever has been broken before it’s too late.

It might not be something that you have done wrong, people do fall out of love and grow apart through no fault of their own – don’t put yourself down if this has happened to you!

However, women are quite vocal about issues in their relationship. They will only tell you the same thing so many times before they get sick of hearing their voice and realise you don’t care enough to listen and fix the problem.

This will be when these signs come into play as she is slowly disconnecting from you so that when the time comes to part ways, she is less likely to be heartbroken because she has taken steps to put boundaries in the way.