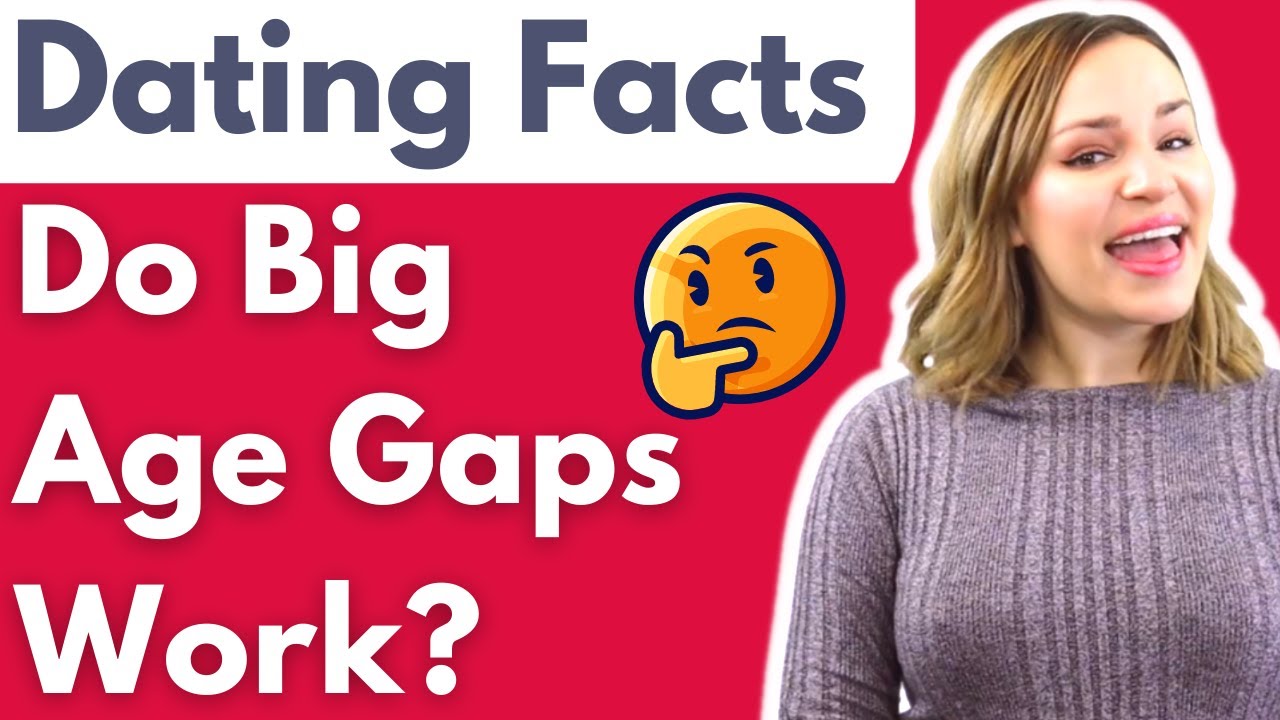 A question as old as time, do older men and younger women work?

Some say absolutely not, whilst others say, they make the perfect match. Whatever anyone’s opinion is, it’s clear that there is a strong attraction between older men and younger women.

Dating is an experience many women have on their bucket list. Older men are known to exclusively date younger women. It’s an interesting type of relationship and I think most of us can agree that it’s fascinating. Even if it’s not something we are looking for, we want to know more about it.

In today’s video I am going to be sharing some age gap related facts so that you can learn more about how, why and if this type of relationship works.

I am also going to dive into why older men and younger women can work if they focus on one specific thing.

No matter what age you are, part of a healthy relationship is ensuring both of you are taking part in it consensually.

Always check in with your partner and if they are feeling uncomfortable, don’t push any further.

Around the world it is still more common for age gap relationships to be between older men with younger women. Across many cultures research has shown that the ideal age gap between two people is 1 to 3 years and anything over 10 years is more likely to end in divorce.

Numbers only tell some of the story though. There are plenty of couples that are incredibly happy together and have age gaps between them. When it comes to love, numbers tell a tiny part of the story.

Research from 2014 shows that higher age-gaps lead to higher divorce rates. Although this might be true, plenty of relationships with big age gaps do really well.

Some of the positives of having a big age gap are, higher levels of education between both partners, financial security, strong communication skills and higher emotional intelligence.

If you can focus on the good inside of your relationship, accept that you will go through ups and downs and keep communicating, you’ll find that your age gap works for you.

In 85.1% of all American heterosexual married couples, the man is older

This is a relationship that is from America but is reflected across many countries around the world including the UK.

Today’s video is about older men and younger women so it’s interesting that this is the most popular type of age gap.

It could be because women are more mature than men and they search for a man that is at a similar maturity level to them. 14.4% of relationships are where the woman is older than the man and the rest is represented by relationships of people who are the same age. So, by far, most relationships are between an older man and younger woman.

Emotional maturity affects relationships that have an age gap

Speaking of maturity, it has been shown to have an impact on relationships that have an age gap.

Children have poor emotional maturity which might help you understand what I mean.

This can really affect a relationship negatively as it can lead to arguments and frustration.

It’s something that can be worked on and is something to think about if you are entering into a relationship that has an age gap.

This one might sound so obvious, but it still causes issues in relationships that have age gaps.

As you can tell, they are very different. This can cause a problem between a couple as day to day they are working towards different things and wanting to do different things. In this situation, both sides will need to compromise for it to work.

Relationships with an age gap can face a power imbalance

The older person in the relationship, whether they are male or female, probably has more money and definitely has more life experience.

This can cause a power imbalance within the relationship and the younger person feeling powerless.

If this situation occurs, it can turn toxic really quickly. It’s important to not let this happen. It doesn’t matter who has more money, you both bring something to the table which makes your relationship 50-50.

Getting old is scary and it comes with its own set of challenges.

Suddenly you need to think about your pension, what you still want to achieve in your life and who is going to be with you as you get old.

This can put pressure on the relationship especially if the younger person just wants to have fun.

This can either make two people in a relationship, stronger or weaker.

It’s not nice that this is still happening in 2022 but age gap relationships do face social stigma.

It is normally those closest to you that will make hurtful comments. You need to be able to rise above them and as a couple, ignore them.

If you can both block out all the noise, overcoming this will make you stronger. If one of you becomes offended by the comments and obsessed about it, this can make your relationship weaker.

Of the approximately 14.4% of age gap relationships that are between an older woman and younger man, the older woman is probably 2-3 years older than the man.

This could be because a woman who is searching for a younger man doesn’t want him to be too young. She still wants him to be mature enough to do things like take her out on dinner dates or introduce her to her parents.

It might also be because she knows that a guy within this age group might still be ready to have children when she is. This could be a subconscious thought but is a driver.

This is because if someone is a lot older than you, they are probably from another generation.

You might not think there would be many differences between generations, but the differences are huge.

Think of the difference between a millennial and a Gen-Z. One generation remembers the invention of the internet, the other doesn’t know life without it.

Being from the same generation helps two people feel close to each other.

There’s no reason why older men and younger men can’t have healthy, progressive relationships that thrive if they focus on one simple thing…each other. When you focus on each other instead of all the outside noise, you can’t lose your spark.

If you always put them first, surprise them, communicate with them, create a future together that suits you and always have fun then there is no reason why you cannot work and have a successful future together.