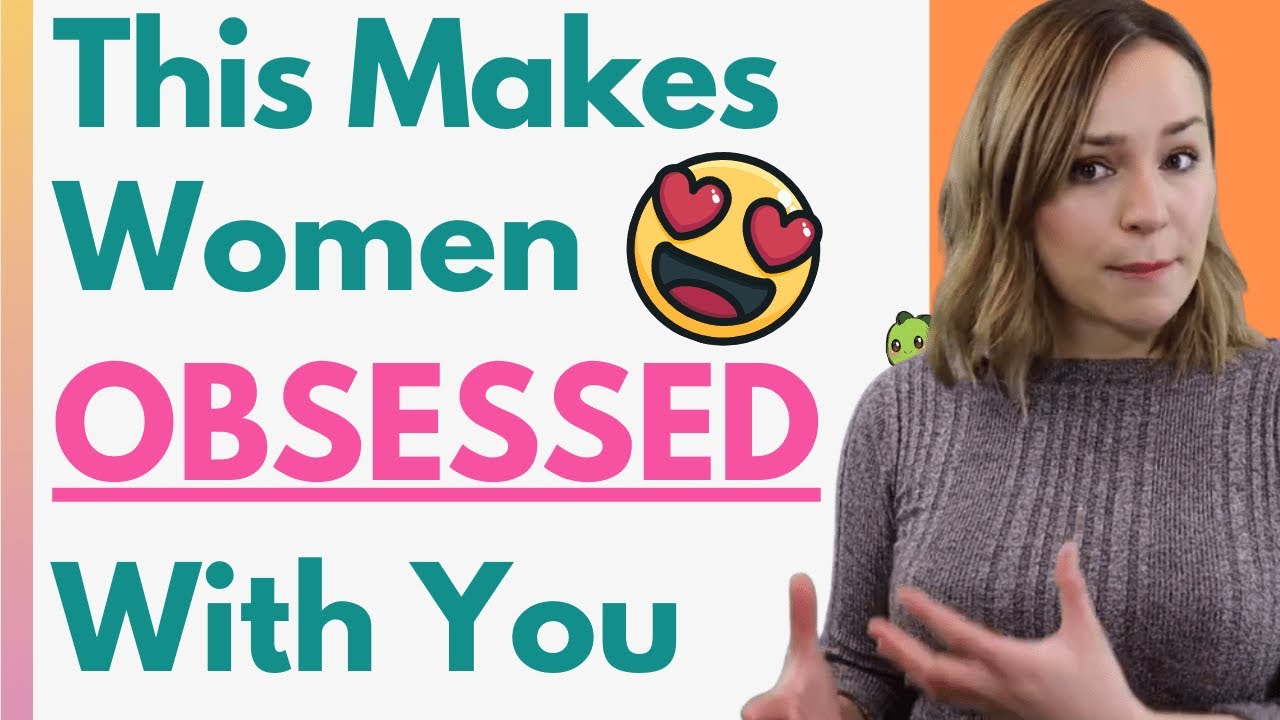 Learn how to make a girl obsessed with you. In today’s video we’re going to be discussing how to get a girl to obsess over you. I’ll be showing you what steps you need to take if you want to make a girl fall for you for good. We cover how to make a girl like you, how to talk to a girl, what not to do with a girl and more.

How to make a girl obsess over you

Guys are you sick of making all the effort but not seeing the results that you want? You have a girl that you like and you think that you are actually doing everything right, but she’s just not falling for you. Well chances are that you are either overdoing it or you’re underdoing it.

Wouldn’t it be easy if you could just get the girl to obsess over you instead of having to do all the work. Now it’s possible but you might not know the perfect formula yet, well until today that is. And in today’s video gentlemen you are going to learn how to make a girl obsess over you.

In today’s video, you are going to learn how to make a girl obsess over you.

Play hard to get

Most girls get lots of attention from guys who give them compliments or get asked on dates all the time. It’s flattering and girls do like this attention but it can get too much. Over time it just is something they expect from guys and are used to. So when they meet a guy who does not show them this type of attention and treats them like they would treat anyone else suddenly they are interested. This is because they love attention and are used to just getting it. So when they no longer have this, it becomes a challenge to get it. They have to work a little harder for your attention and will start obsessing over how they will get your attention. It’s easy to play hard to get, just don’t fuss over them and pay them endless compliments. Instead, talk to them like you would anyone else and give them the same amount of attention.

Talk about your vision instead of your possessions

So many guys think that girls will like them more if they show off about things they own. Like a sports car or a Rolex watch. Sometimes this does peak a girls interest but it is not really important to them. Instead, be different and stand out from the crowd by talking about your vision.

Do you know Steve Jobs who invented Apple? He was a visionary. He always spoke about things he wanted to make or saw existing in the future and then he made them. He was extremely rich but he also told others about the vision he had for apple. Girls find this type of determination and hard work really sexy and attractive.

So if you want a girl to obsess over you? Tell her about your vision for your future and how you are going to get there instead of talking about your sports car.

Live a life that you are proud of

Before you even meet a girl that you want to obsess over you, you should focus on creating a life that you are proud of. Make sure that you do a job that you like, that you have great friends and nice hobbies. This will ensure that when you do meet the girl that you think might just be the one, you have a life outside of her. This is important because although when you are in a relationship your lives do sort of becoming one, you also both need to have your own interests and lives for it to be healthy. When the girl starts thinking about whether she likes you, she will be looking at your life and thinking “what has he achieved?”, “Does he have a nice life?”. Plus when a guy has done things that he is proud of, it is super attractive.

Stop being her friend

I don’t mean just stop talking to her but stop acting as if you are her friend. If you want to be more than a friend then you have to make this super clear otherwise she will always treat you like a friend. Start flirting with her and change your body language around her. Start messaging her after you see her and ask her on a date. She will probably be surprised especially if you have been friends for a while but then she will start thinking about how she likes you as well. Then she will start obsessing over what it would be like to be your girlfriend.

Girls really do love it when a guy makes her laugh because it gives her a taste of what it would be like to be in a relationship with him. If a guy is serious all the time…well that’s no fun! A girl wants someone with who she can joke around and have fun with. If you make her laugh with your witty sense of humour she will start obsessing over you because she will see a future with you. She will think “has he always been this funny?” and start picturing you as her boyfriend. It might sound far fetched but this really is how women’s brains work.

Don’t tell her everything about yourself

Be a little mysterious and hold some things back. When guys open up to quickly and tell us everything about themselves well it’s off-putting. If you are going to be in a relationship with someone long term you want to keep learning things about them along the way not know everything straight away! The same goes for dating, holding some things back will make you seem mysterious but also keep the girl guessing. She will start wondering what you are hiding or if there is more to you! You could tell her half of something but keep the other half to yourself. For example, you could say I work in Marketing but not tell her that you own your own company. Then a few days later you could slip it into the conversation and she will be like wow I didn’t know that about you!

Be open and honest with her

There’s no point in not telling her how you feel or being honest with her. Girls need to trust guys if they are going to see any kind of future with them (and therefore obsessed about them). Sometimes girls just do not get things maybe they are worried about getting hurt or are just focused on both as friends. They haven’t even thought about opening the door to you because they do not know it is a possibility! This means that sometimes you need to take a leap of faith and lay all your cards on the table. Tell her how you feel about her. She will think, I didn’t know he felt like that and then she might realise how she feels and realise that she likes you too. If you are open and honest with her from the beginning when many guys are not, you will stand out from the crowd and be one in a million!

Flirt with her friend

As I mentioned in my last point sometimes girls need a push to realise they like you. The truth is sometimes we are too distracted by other things or we would just never expect you to like us! So we close that part of our brains off and get on with things. You need to show us what we are missing!

Flirting with a friend is a risky move and sometimes it may not pay off but it’s all about executing it correctly.

First of all, don’t go over the top with your flirting or be too sleazy. You want to still be gentlemen especially to the girl you are trying to impress.

Secondly never pick her best friend but you can pick a close friend.

The best way to flirt is to talk to her a lot and make her laugh, try to avoid touching her or sexually flirting with her as this will do the opposite and push your girl away. You basically want to give her friend more attention than her so that she can realise “hey I want his attention, I think I like him” and shortly after that you might realise that she is in fact obsessing over you.