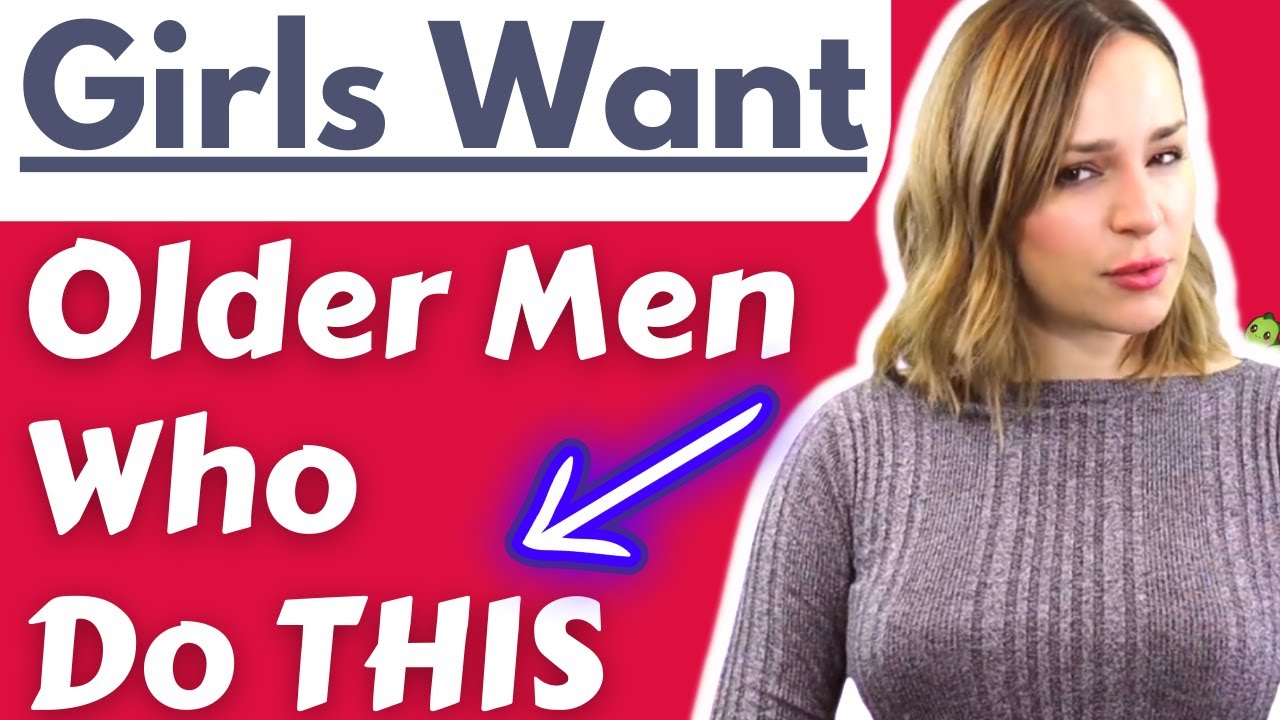 Older men and younger women can make a great match. Especially if the older man is young at heart.

Dating someone who is younger can allow them to keep doing the fun things they like to do and stay active.

They do not have to worry so much about settling down and being too serious.

Of course, it can go wrong. Older men and younger women are after all at different life stages, and this can quickly show.The younger women might always want to go out to parties while the older man wants a night at home.

It is important that they have good communication and work out how it’s going to work before they start dating.

Before this can happen, the older man has to win over the younger woman, which is not easy.

So how does an older man attract younger women when they might be getting a lot of attention from younger men?

Now there is a special technique that is built on 12 steps and if all of these steps are followed then an older man has done all he can to try and win her over.

Men are 10 to11 years behind women in maturity. So, if a man is in his early twenties, then he has the maturity of a teenager. This can make it very difficult to date women.

While a woman reaches full maturity at 30, a man does not reach full maturity until he is 40. This is a huge gap in maturity and is one of the main reasons why women prefer older men.

Younger men are normally not ready to commit or need to be looked after more.

Older men have their life more together and have worked to reach a certain level of comfort.

As this is one of the main things that attracts a younger woman to an older man, it is important that he shows her that he is mature. This can come through in conversations or in arguments.

Younger women will quickly realize that he is unlike any other guy that she has dated.

Part of being upfront is being open and honest with the younger women.

When a younger woman dates an older man, she hopes that it will become more serious.

The older man may believe that she is the one and that he is ready to be more serious.

If this is the case, then you should say this openly to the girl and be upfront at the very beginning saying something like “I am ready for a serious relationship”. That way you are both on the same page.

On the flip side of course, the older man might not want something serious and would rather just see where things go. He should also be upfront and honest about this because otherwise he might lead her on and eventually hurt her.

An older man is supposed to be more mature which means being more open and honest from the very beginning and a younger woman will find this very attractive.

Obviously, she has started dating an older guy, but it is worth checking in and making sure that she is ok with the age difference.

She might be worried that her friends and family might judge her, so it is worth asking her and checking in. This could prevent issues further down the line.

This is also the time to tell her how you like to live. For example, you could say because I am older, I don’t like to go out all the time and I do like nights in. This means from the very beginning she understands that sometimes she might be going to parties alone. It stops arguments.

Older men can fall into the trap of treating younger women differently just because of their age.

You might think that you are more mature than her because you are older or that you have your life more together. You might even mention this to her and tease her about it.

This is not fair because she has not had as much time as you have to achieve what you have. Although at the beginning she might laugh about it, she will eventually feel really hurt by your comments and it could even be the reason that the relationship breaks down.

You need to treat her equally and accept that you are at slightly different stages of your life.

Step 5 – Show her that she is secure

Another one of the main reasons that younger women go for older men is their money. It might sound superficial but it’s true.

Younger women are often ready to settle down before men and they want to find someone who can provide the life for them they want. They don’t just want you for your money, but they want to know that you have some and that they are secure.

They are searching for safety and it’s your job to show them that they are secure. You do not need to show them your bank balance but make sure they know that you could provide the life they are looking for.

Step 6 – Show her how experienced you are

You have had more life experience in and outside of the bedroom. Show her how experienced you are in the bedroom and also in life. Tell her stories about your life and the travels you have been on.

Do not give everything away when you first start dating a younger woman.

They see older men as slightly mysterious because they don’t yet know everything about them.

Older men have a lot of stories and they have not heard them all yet hence why they think they are mysterious. The longer you can keep this up, the better.

She will be so interested in you and will want to keep being around you.

Younger women do need an older man to be understanding. You might be quite stuck in your ways, and you also might have more of your life figured out.

A younger woman is still trying to find her way in life. She might jump from job to job or might be having emotional problems with her friends for example.

She needs you not to just laugh or tell her how annoying it is that she is bothering you with these little problems. Instead listen to what she has to say and offer her valuable advice that she can take on board if she wants to.

This will make her really value you and see you as a very important person in her life.

It’s often said that younger women go for older men because they have daddy problems. This may or may not be true but it’s important that you do not become her dad. She wants to date you and it might become strange if you start acting like her dad.

Be yourself and show her how different you are from her dad. This will ensure that your relationship lasts a lot longer and does not take a strange turn.

Step 10 – Talk to her about marriage when it is appropriate

Marriage could be on a younger woman’s mind. You might not be ready for this, and she could also be thinking the same thing but worried that you will want to get married because of your age.

Make sure you talk to her about it when you feel the time is right. It is better for you both to be on the same page instead of both of you worrying about what the other person might be thinking.

A younger woman wants an older man to tell her exactly how he feels.

An aspect of maturity comes into this, and it is something that younger men are not always the best at. If she is around too much then tell her politely, if you really like her then tell her.

Just be clear and always keep the conversation open. She will really value this and feel closer to you because of it.

Do not make yourself look desperate, you are an older man with plenty of options.

Looking desperate could make you appear less attractive to other women. If she is not interested, then bow out and leave her to carry on with her life.