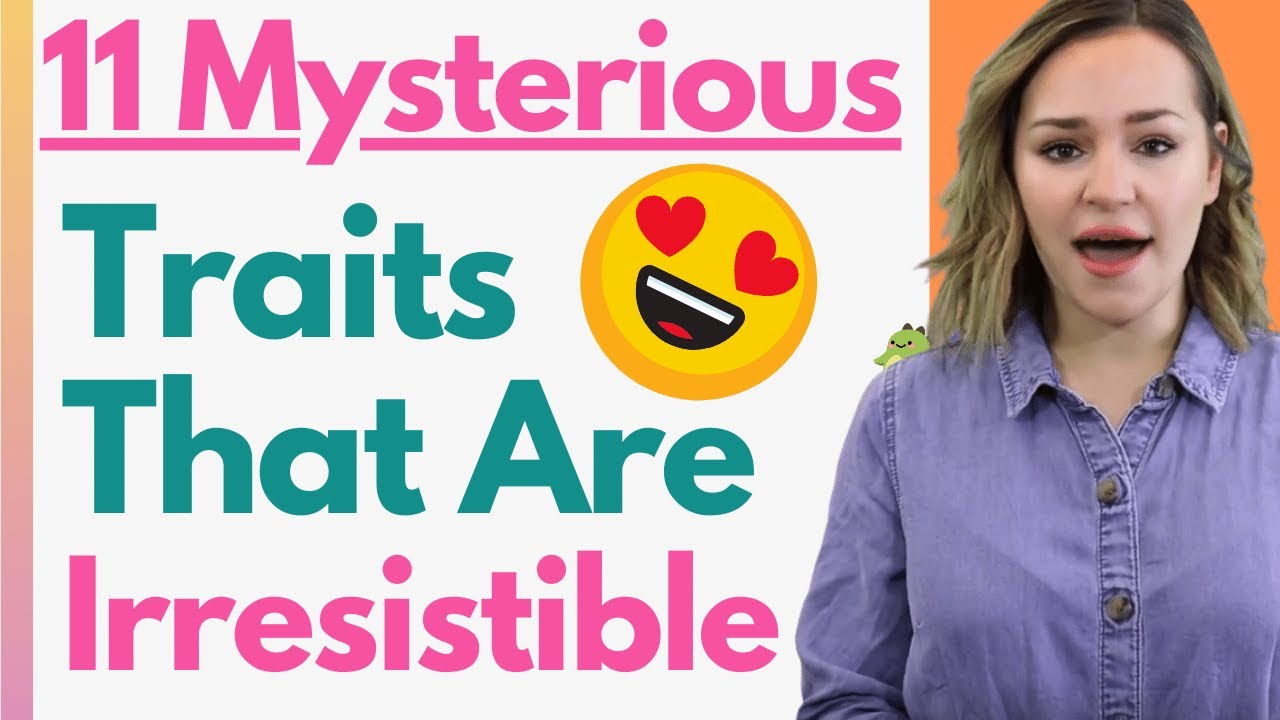 Let’s learn about some of the most irresistible mysterious traits that women love in a guy!

We’ll be discussing what it is that women find attractive about each of these traits and characteristics.

If you’re interested in learning more about what women want in a guy, how to get a girlfriend & general dating tips, read on!

Mysterious traits that are irresistible to woman

If you have ever wondered, why women actually find mysterious guys so irresistible well this is your lucky day.

I’m going to share a little secret with you, when we fall in love with someone, we end up getting pretty bored when we basically know who they are. We have figured them out, we know what their dreams are, their weaknesses and even their favourite pizza topping. Pretty much everything that you can think of.

When we have a mysterious guy though, we never truly know anything about them. We don’t really know what they’re thinking and it’s beautiful because it drives a lady wild. She always wants to chase him.

This video is going to give you the different traits that make men irresistible to the ladies.

My name is Anna and welcome to this video.

They are very charismatic without doing a great deal. These types of guys are super cool, they may have some cool gadgets that they show off once in a while and they have amazing topics to talk about.

What you realise is they don’t actually do anything to impress people on purpose. They are accidentally cool which makes them even cooler and don’t really mind if people like them. This type of guy doesn’t want to go out there and brag about stuff because bragging to them is pretty icky.

Gossip isn’t something they like, they just want to get on with life and do things they enjoy. Talking bad about someone is something they really cannot stand.

They challenge how a lady thinks

He has the power of being so irresistibly mysterious that he can change what she thinks about. He’s not rude and he doesn’t make her question her own religious beliefs for example. He just merely says okay, so why do you believe that? Then asks her more follow-up questions to make her talk more about the things she believes in.

Now, this is brilliant because remember women are emotional creatures. If you can get a woman to want to open up emotionally about something, you have definitely made her feel comfortable. Which is the first point of attraction. She will think, “you know what I think a little bit differently about that and you know what that guy is amazing, I’m very attracted to him”.

She still believes in the things that she believes in, her values, her beliefs and her dreams. However, now she sees the point differently.

They don’t get aggressive easily

This guy is one that does not lash out when he’s not getting his own way. He doesn’t seek control because he doesn’t care if he has control. He is not an angry aggressive person and we know why women would like this.

A lady never quite has his heart

Another mysterious trait is when a guy is very focused on his own interests, his dreams and living out his passions which will always come just above a lady.

He understands the importance of having a variety of different loves. It’s not that the girl is second priority and second best, he just doesn’t stop doing things when he’s in a relationship.

They don’t talk much

This makes a woman so interested and she wants to find out more about him. She asks lots of questions so she naturally invests a lot of time into him. Before she knows it she’s definitely addicted to him.

A small circle of good people

This type of guy has a small circle of good people. The mysterious guy isn’t the type to brag on social media about the things he’s been doing. He doesn’t have a wild friend group which makes her feel relieved.

Instead, he is very close with everyone in his life. He has a small group of people that are constantly there which means he invests his time into everyone.

He’s really awesome when it comes to relationships with friends and family and not just girlfriends.

They are more emotionally aware about themselves

Women want to date mature guys. They are more emotionally aware of themselves. This mysterious guy is someone that is very well attuned to how he is feeling.

His internal state affects how he’s on the exterior, he won’t force himself to do things that he doesn’t like. He’s slightly easy to read, so because of this he’s more able to open up about his emotions with women.

Women absolutely love this in a guy. Everyone on the planet is an emotional creature however society has sadly made you guys feel that you have to water down your emotions because apparently it’s considered a weakness.

Having to get a guy to realize it’s okay to open up about how he feels, is stressful to deal with therefore the mysterious guy has already hit the nail on the head with his emotions. This will make the relationship a lot smoother to run.

If he knows how he feels it means he’s more in tune with her emotions as well.

They keep a lady chasing

We have a video dedicated to the whole works of psychology and why women love to chase guys.

Feel free to check that out next.

A mysterious guy is one that doesn’t want to chase girls he’s so busy doing the things that he loves. That women always feel they have to run up behind them and constantly keep them aware that she exists.

Naturally, this goes in alignment with a push and the pull of the female and the male dynamic relationship. Women absolutely love to do this. One of the other amazing things about this mysterious guy is the fact that a lady cannot quite read his mind.

She doesn’t know how he feels and what he’s planning to do next. This uncertainty is what drives that force to keep her chasing him.

Another great trait is how amazing he is with his overall observations.

A mysterious man is one that spends a lot of time alone because he loves his own company. He strives to seek information and knowledge about things that he’s interested in. He questions a lot of things around him and when he looks at something, he wants to know more about it therefore he’s very intellectual in nature.

This guy can pick up when a lady isn’t feeling her usual happy self. This helps the woman feel closer to the guy. Why? because she doesn’t have to directly state how she feels and explain it.

Instead, he just gets it so naturally. The state of being a great observer means that you are also a great communicator. He’s not the type of guy that will crack jokes that will offend people in the friend group because he’s already clocked on to those around him.

He knows what type of person they are and makes sure that he doesn’t do anything to offend or upset anyone. This is a woman’s dream.

They are calm and give amazing advice

This guy is so aware of his inner world because of the observant behavior that we just mentioned, he knows what is well and truly going on around him.

He is not the type of man to take a leap without looking. You know like investing a whole house deposit into stocks. A lady does not want to have unnecessary stress in a relationship just like a guy doesn’t.

This type of man is not going to conjure up stressful situations so the lady can be calm and collected. His intellectual experience means he gives some of the best advice ever. So naturally he looks after her in a better way than the rest of the guy’s can.

He’s very in tune to how he feels and if a woman can open up and feel safe with a guy she’s more likely to fall in love with him.

They are extremely self-sufficient

A mysterious guy is one that does not need to be looked after by a lady. He knows exactly what he needs to do in life and he always works on becoming the best version of himself. She wants to be with a guy providing he starts on a good baseline. With these types of guys she already knows there is a good baseline to build a relationship because there’s a lot less hard work needed.

Making a relationship balanced as opposed to looking after a man means she’s more willing to go for it. It makes sense, the less work a woman feels she has to do to be happy the easier it is.

No one wants a hard relationship, now do they?!

Thank you for getting to the end of the video. It really means a lot, something that you can do to really make my day is to subscribe to the membership on our Youtube channel.

I really hope you have an amazing day, see you next time.