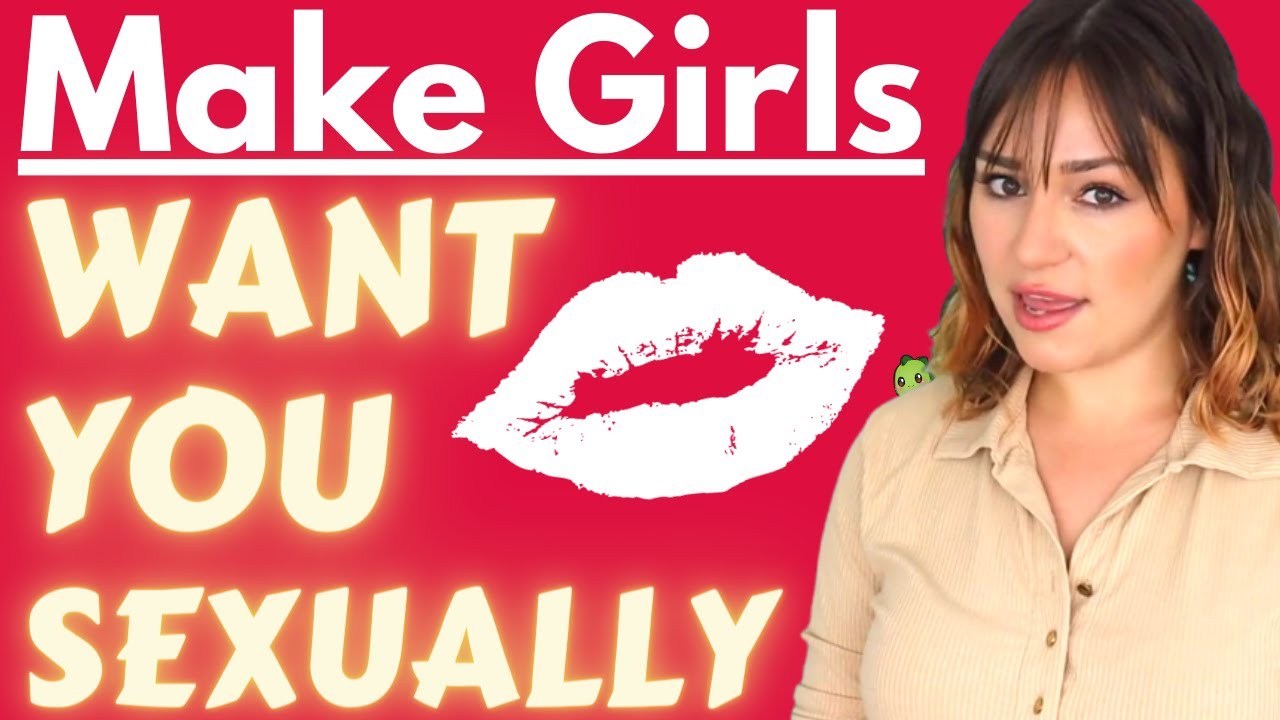 We’re going to be discussing some useful tips you can put to work to get a woman interested in you and building that sexual desire.

This might be what the ladies want in movies but not in real life it’s very different.

To know what a lady wants you need to understand what you need to do to make her want you sexually.

Imagine if you knew the secret formula to do this, the one that tells you exactly what women want sexually. This formula would let you know exactly what you need to do to get a woman to fall into your arms. Sounds too good to be true right?

Well, it’s not! It’s as easy as being mindful of your own behaviour and adopting steel-proof boundaries. Want to know some more? Well don’t move an inch.

How to make a woman want you sexually

Let her know that you value yourself

Women respect men far more when they know that they value themselves.

Women are naturally drawn to confident men. To be confident you normally need to value yourself first.

How do you show a woman that you value yourself though? Well, you show her by having your own purpose and showing her that you are not afraid to take charge and go after everything you want in life.

You should have your own opinions but be respectful of hers.

You have what is called ‘dominant energy’ which means you are always polite, but you don’t shy away from saying what you think.

To women this screams success, stability, strength, and happiness which once they have found in someone, they will keep coming back for more.

Having banter with a girl and teasing her a little helps to build sexual tension between you both.

This is obviously something you need if you want a woman to want you sexually.

You need to make sure to always be respectful and not cross a line, but also show her that you are able to be funny around her.

Girls want guys that make them laugh and that they can be flirty with. Show her this side of you and she will definitely want you.

Women want to be slightly challenged when they are interacting with men. They don’t want it to be easy which is why they like to be teased and admire the bad boys.

You could say something like “Are you flirting with me?” and then wink, turn around and walk away. These are all sly ways of showing her that you like her and want to take things further.

To girls though it is something that requires trust between two people.

They are less willing to have one-night stands or sex with someone that they don’t really know. Whereas men are much more likely to do this.

So, if you want to win a woman over sexually then you need to build an emotional connection with her.

That means getting vulnerable, asking her questions about herself, and then listening to her answers. If you can show her that she can be vulnerable around you and build that emotional connection, you will be more likely to build her trust and get physical.

You need to make sure that it is a genuine emotional connection though because girls can see straight through this type of thing.

You will need to flirt

Making a woman want you sexually is so much more than simply just flirting but you still have to do it.

The best flirting happens in private so try and get her alone before you start.

If you don’t flirt then she might start to just see you as a friend and you don’t want to end up in the friend zone.

So, try to pull her away from her friends if she is with them and turn up the flirting. Remember great flirting starts with a compliment.

Don’t be too clingy

It’s nice that you like her and want to spend time with her, but you need to remember not to be too clingy. It’s not something that she will be attracted to because it will make you look desperate.

Remember that she is not your girlfriend yet. She is someone that you want to win over, so you want to put your best foot forward.

Show her that you are interested in her but don’t turn into someone who is clingy or possessive.

Give her space to miss you

Sticking to the theme of being clingy, you need to give her space to miss you.

When you are not together, you want her to be thinking about you because that is what helps build sexual tension.

Try not to be texting her and phoning her all the time. You need to let her take the lead and text you first sometimes. She should also be the one to sometimes arrange dates and not just leave it all to you.

Basically, you want to give her some of your attention, but you want her to give you some back.

So just take a few steps back and don’t think that if you are not texting her 24/7 she will find another guy because the truth is, she is probably thinking about you anyway.

Create a sexual atmosphere at the very beginning

She might blush, brush it off or even ask you not to mention it again. At least then you know where she stands and if you are on the same page.

This also shows her from the beginning that you want more than friendship, you want to date her and have a sexual relationship with her. She might then start thinking about you differently and it could completely transform your relationship.

Make sure though that you are not pressuring her into sex when she might not want to do it.

You want to mention it but if she does not seem interested then back off and wait for her to come to you if she wants to.

Make yourself her exciting secret

Girls really love it when a man is their exciting secret.

If you are flirting with her in private and telling her how you feel when no one is around then it helps to create a secret relationship which really excites girls.

You want to become a part of her life and someone that she turns to when she wants to speak to someone.

You want to create that close secret relationship that she just can’t resist being involved in.

Try texting her at night and taking her aside at a party. This will create a secret romance and she will want to be involved in it.

The best time to encourage flirting over text is at night-time. Message her late at night and start getting flirty.

It will make her really excited, and she will be thinking about you in a sexual way.

This will help to build up sexual tension and when you see each other again in person she will probably mention sex almost straight away.

Flirting over text and sending dirty text messages makes a girl feel like she is in control but also gets her excited for what is to come, so don’t shy away from it.

You have put in a lot of hard work, now is your time to ask her out.

You could ask her out over text, on the phone or in person and she will be so happy that you have both finally reached this stage.

She said yes! Now don’t drop the ball when it comes to planning the date.

You want her to want you sexually and as I mentioned at the start of the video, girls need an emotional connection, and they need trust if they are going to get close to a guy.

So, you need to take her on a nice date and for the first one it probably should be out for dinner. Pick a nice restaurant and try to book a table that is in a more secluded area so that you can both flirt without anyone watching you.

After the date, you need to continue doing these steps and eventually she won’t be able to resist any longer and she will really want you sexually.