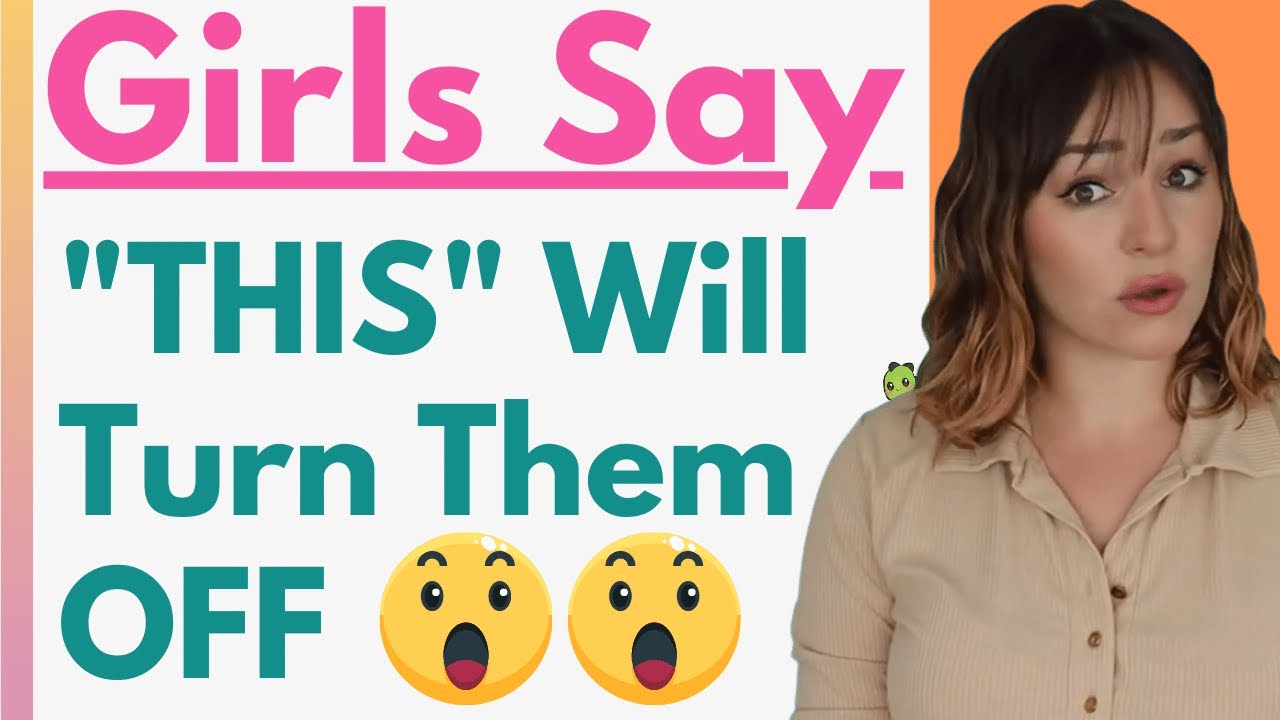 If you’re interested in building attraction and getting a girl to like you, knowing what turns girls off is vital. The last thing that you want to do is turn a girl off. After putting in all of that groundwork, texting, phone calls, dates, you don’t want to lose it all.

Too many men commit common major turn offs without even realising sometimes that they have actually done it. Then the girl that they are seeing kind of just disappears, the guy becomes ghosted and then they’re sat there thinking “what actually happened”. Luckily you guys have me to tell you about these common major turn offs, so that you don’t commit these crimes and then have to start all over again, which takes up your time!

It’s horrible when someone ignores you. It makes you feel so unimportant and it can really hurt your feelings. So it’s no surprise then that being ignored is a major turn off for girls. You might be thinking, why would you ignore her? You have been trying to win her over! Well the truth is, you might not be doing it on purpose. It could all be a mistake. She might have seen you walking down the street, called out your name and you simply didn’t hear. This could make her feel ignored but you did not even know it happened. A very common one is that you could take a while to answer her messages and she could feel ignored because of this. It’s something you need to keep an eye on.

Check in on her regularly to make sure she doesn’t feel as though you’re ignoring her.

Swagger but no substance

If all you have going for you is some swagger, then you won’t get very far with the ladies. Sure women love a man who has something mysterious about him and who dresses well. These are things on her most wanted list.

Before you even think about dating, make sure you have your own interests and your own life. Surround yourself with good people and that will mean that when a girl does come into the picture, she’ll be impressed by how much substance you have.

Is there anything worse than someone who only speaks about themselves? Everything about them is amazing and no one else can compare. This is called being self-obsessed and it’s not a nice trait to have. It’s a huge turn off to girls, they want men who ask about them and are not just interested in themselves.

If you feel yourself saying ‘I’ a lot then dial it back and ask her a question about herself.

This is a huge major turn off. Girls normally date for a relationship. Even if it does not turn out to be successful, they want a man that is looking for more than sex.

If you are constantly making sexual advances she will immediately be put off.

Women don’t like it when men call a waitress sweetie or a shop assistant darling. It’s condescending and it shows that you don’t see women as equals. Being treated equally to a man is very important to women and they want a man who is going to respect them.

Not helping a lady out

Women want a man who is going to treat her equally like I mentioned before when talking about displaying sexist behaviour. So they don’t want to always be doing the housework or looking after the children. They want you to pull your own weight and do half of the job.

They want a man who is going to help her out, not watch her struggle. It’s a major turn off when a man leaves everything to a woman. Make sure you help out and do your fair share of work!

Checking out other woman

You want to make her feel like she is the most special last in the room. Avoid doing this one completely.

Girls love it when a man is motivated and working towards completing his goals.

A major turn off however is when he is not motivated at all and displays very unhealthy habits. This could be drinking, smoking, not exercising, playing video games all day and all night or taking drugs. These are all very unhealthy habits and ones that don’t make for a great boyfriend. If you currently think you have some of these habits the good news is that you can unlearn habits.

It can take 60 days to kick a habit but once you have done it, you will have much better luck with the ladies.

There are no excuses for bad grooming habits. Anything you need to groom yourself can be bought affordably so that you can always look your best. That’s why girls find it so unattractive when a guy has bad grooming habits because it shows that he is lazy and is not taking care of himself. She will pick a well-groomed guy over a poorly groomed guy anyday.

It really is as easy as saying please and thank you. Manners are something we normally learn when we are a child, but they can of course slip as we get older. We need to keep them fresh.

Ladies love it when men open the door for them or take their coat. They also want men who are polite to everyone around them including staff at a restaurant. A woman can be immediately turned off if a man is rude to others. So, remember to always be well mannered.

Jealousy can be so ugly. If a man is too protective and jealous of a girl he is dating, it can be a huge turn off.

They don’t like it though when he is controlling and tells her who she can or cannot see. She would also hate it if you make jealous comments about people she has seen or when she talks to another guy. This is especially a turn off if you are not even in a relationship yet. It’s not attractive and she does not want to be with someone like this so she will stop seeing you.

Being a terrible listener

Girls need a guy who is going to be there for her when she needs him. Who will listen to how her day was or to her problems. Girls are very social beings and whereas guys are more likely to keep their feelings inside, girls need to let them out.

If a girl opens up and tells you something and then she asks you later about what she has said and you don’t remember, she will be really hurt. After a few times of this happening, she will realise that you are simply not listening and this will be a major turn off for her.

Make sure to listen and look her in the eye while she talks. Try to also relay what she has said back to her so that she knows that you are listening to her.