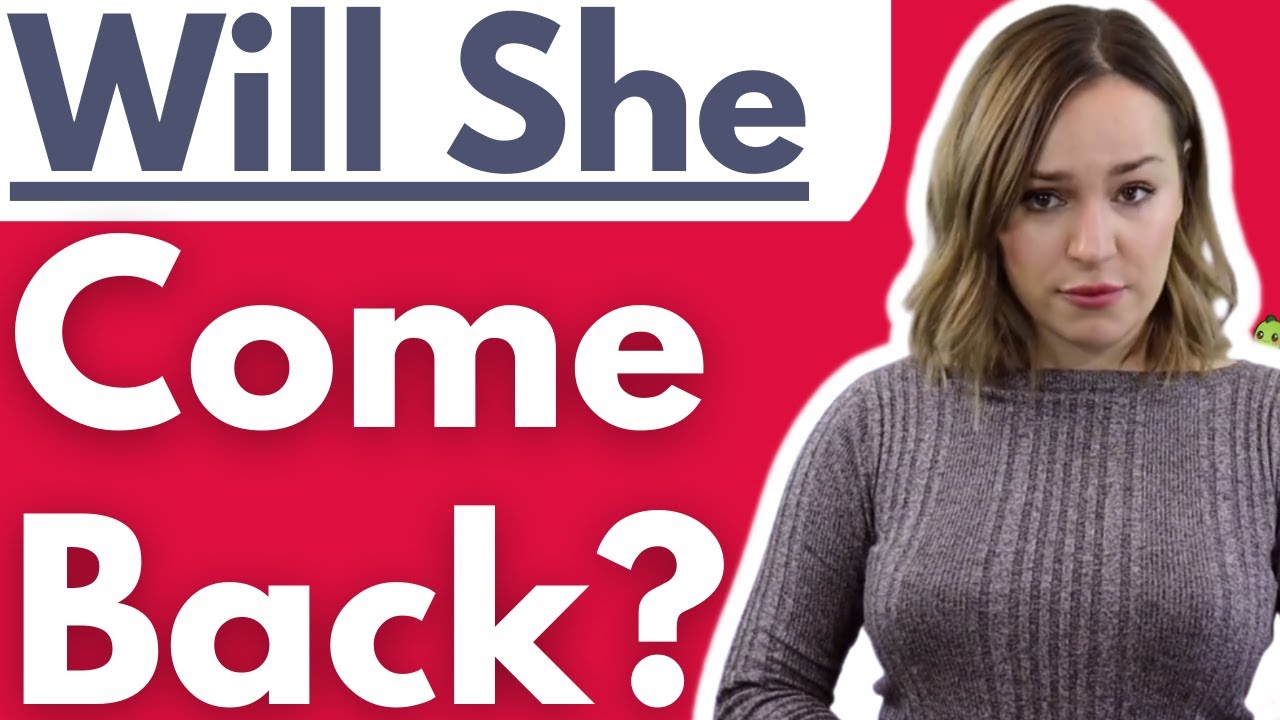 It’s hard when a girl rejects you. You’re left hurt and wondering where it all went wrong.

You eventually come around and then you do get over that hurt, but then she may come back and asks you for forgiveness and it’s going to leave you wondering why she even came back at all and if those feelings are real.

This can be a very confusing time, but it can be the chance that you are looking for to bag the girl who got away. So today I want to talk to you about rejection and why girls admit to coming back to guys.

This video will help you make it through that hard path of rejection and understand why girls come back after you think it’s completely all over.

Why do they come back after rejecting you

You’re too into her

Before you were rejected you might have thought that everything was going well. You were going on lots of dates with the girl and she looked like she was enjoying herself.

Then suddenly it was all over, and you were left asking why.

One of the possible reasons is that you were too into her. When you really like a girl, you want to spend all your time with them and talk to them all the time. She might have found this too overwhelming.

Girls like a bit of a challenge, and they want to have to work hard to get the attention of a man. If the man gives them everything at once, they get overwhelmed and bored.

This can lead to them rejecting a man because they think he is too intense. After she has rejected you and you get over the hurt, you move on.

She will see this and might think to herself, how is he over me so quickly? She will then have a bit of a challenge in front of her because she wants to win you back.

This can be a big driving factor in her coming back to you after she has rejected you.

Remember that a girl will judge the first 6 months of a relationship and then presume that this is how you will be with her for the rest of the relationship. Of course, she will be accepting of personal growth and moments that help you guys’ bond on a deeper level, but what we’re talking about here is your neediness.

If you are too much too soon it raises an eyebrow. So, if you start to gently apply the brakes, stop checking up on her, stop arranging the dates, but still acting keen when she shows interest, perhaps this new high-level behavior from you will cause FOMO, meaning she may want you back.

She’s unavailable or just not ready

When you were originally dating, she might have always seemed unavailable. Maybe she would pull out of dates, or she would take ages to reply back to your text. Eventually she rejected you.

It sounds like she was unavailable at that time. She might have had something stressful going on in her personal life or maybe she was really busy at work.

Either way, she did not have time to spend with you. Instead of stringing you along she most likely thought it would be better to let you go. Once she has more time or her problem is solved, you might find that she comes back to you.

After some time apart she might feel ready to make that commitment to you which is why she comes back.

She sees you as just a friend

It’s so easy to find yourself in a friendzone. It is not always that easy, try as you might, to stay out of it. Even if you are as flirty as you possibly can be, a girl still might see you as more of a friend.

This might be the reason that she rejects you. If she has friendzoned you, she will not see it as rejection because you are still friends. After being friends for a while she might develop feelings for you which is why she would come back after rejection.

You don’t inspire her

When you were dating, you might not have felt very inspiring.

She might have found this un-inspiring though and rejected you so that she could find someone else who would inspire her more.

After a while, you might discover your inspiration again and pull yourself out of a hole. She might see this and suddenly want to be around you.

Girls find it really attractive when a guy is driven to succeed and helps others do the same. This could bring her back to you. She wants a slice of your inspiration!

She didn’t make an emotional connection with you

When you dated before she might have felt as though she did not make an emotional connection with you.

This is an important part of any relationship and is one of the driving forces that keeps it developing. So, it is understandable that if she felt as though it was missing, she might decide to end the relationship.

After some time, she might want to try again, or she might feel as though you can both now develop an emotional connection. She is not afraid to try again.

She was dating someone else

It sucks but it happens. She might have been dating someone else when you were first together and now after breaking up with them, she wants to come back to you.

It is of course up to you, you might not want to take her back after the hurt she has caused you or you might feel as though now is the right time to get back together.

Because she was dating someone else does not mean that you were second best in her eyes. She might have actually liked you better and that is why she broke up with the other guy!

You were trying to be someone that you are not

You might have thought that you had to act like a certain person to gain her attention. Maybe you acted like an alpha male when you are not really that type of guy. A girl can see right through this and might think that you are hiding other things.

She also might not be attracted to the guy you are trying to be. It is always better to be authentic and to be yourself.

Once she rejects you, you might start acting like yourself and she might see that she likes this side of you better. She will then want to get to know the real you and if this attracts her, she will come back to you.

If you want to avoid being rejected at all, simply be yourself!

She thinks you only want to have sex with her

When she met you, she might have seen you while you were in your crazy party stage. Maybe you were having a lot of one-night stands, and she thought that you only wanted to have sex with her.

This can lead to a lot of hurt, especially if she wants more from you. Instead of drawing it out, she rejects you and you both move on.

A few years later, you might meet again, and she might realize that you have calmed down and might be ready for a serious relationship. This could cause her to come back to you after rejecting you.

She did not see you as her ideal partner

The truth is, she might just not have seen you as her dream partner.

No relationship is perfect, but maybe in her opinion yours was too far gone. She could not figure out a way to fix it and she didn’t want to change you, so she broke things off.

People change and so after some time apart she might have changed. You could have also changed even if you don’t realize it. These changes could make you both more compatible.

So, although you were once not her ideal person, you are now her dream partner, and she wants to take things to the next level.

She will be stalking you even after she walks away, she will be checking in to see what you are up to. So, if you have any form of evidence uploaded on your social media pages that detailed your self-growth, or a friend of a friend told her how well you are doing after the rejection, this will make her try harder.